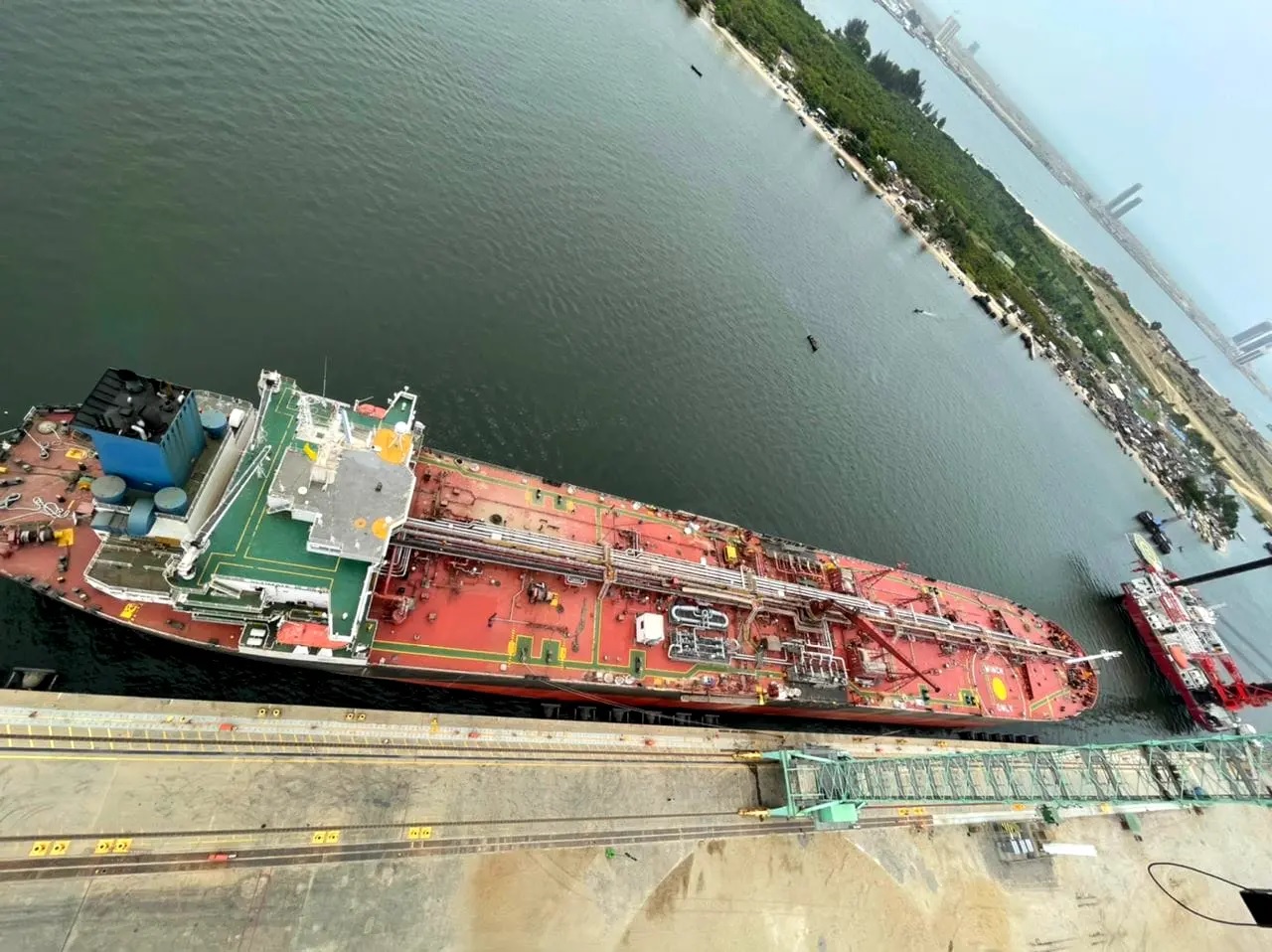 The entry of the global shipbuilding giant, Samsung Heavy Industries (SHI) into the Nigerian market in 2011 was indeed a game-changer in the Nigerian oil and gas industry.

Following its establishment, SHI recorded a breakthrough in Nigeria’s oil and gas industry by investing over 300 million dollars to construct and operate the world-class SHI-MCI yard.

The facility is the only FPSO integration yard in entire Africa equipped with the cutting-edge-facilities that are optimised for world-class, ultra-large, high-value-added projects. For instance, the blasting and painting shops at the Yard are capable of maintaining humidity and optimum temperature for enhanced durability of paintworks on fabricated modules and other large steel blocks.

The Yard also comprises the most robust integration and assembly quay wall in Africa with a load bearing capacity of 3,000tonnes, stretching over 502 meters, berthing water depth of 13.5 meters.

It was also the first time such complex tasks were executed while meeting the strict new Nigerian local content laws. Following the significant contributions to the local content development in Nigeria, the Executive Secretary of the Nigerian Content Development and Monitoring Board (NCDMB), Mr. Simbi Wabote, had commended the shipbuilding giant, for transforming Nigeria into a hub for fabrication and integration of FPSO units in Africa.

Mr. Simbi also noted that before the establishment of the SHI-MCI yard, all the previous FPSOs deployed in the Nigerian oil and gas sector were fabricated and integrated outside the shores of Nigeria, leading to loss of billions of dollars in capital flight and loss of employment opportunities as Nigeria was denied the opportunity to execute projects.

Even after almost a decade since the yard was built, SHIN continues to receive recognition from several prestigious awards in the industry for its contributions to Nigeria and Africa as a whole. To this day, the SHI-MCI yard is commended as the most advanced fabrication and integration yard in Sub-Saharan Africa.

In 2021 for instance, SHIN received Forbes’ Best of Africa Offshore Oil and Gas Facilities Development Award at the prestigious Forbes Africa Energy Award in Burj Al Arab, Dubai. Furthermore, its domination in the industry was validated again this year as SHIN was announced as the winner of the “Best Offshore Oil and Gas Development Facilities Company” Award at the Nigeria International Energy Summit held in Abuja.

Even in the absence of any other major deepwater project since the successful completion of Egina, SHIN has continued to wax stronger and stronger with the expectation that the operating environment can be turned around with the right government’s policies.

Following the resolution of the dispute between SHIN and its joint venture partner through positive intervention and support from the government agencies, the SHI-MCI has now become a risk-free hub for growth and capacity development.

To fully utilise the SHI-MCI yard, SHIN has diversified into container handling and logistics operations for international and local clients such as Brittania-U, COSCO, and Nigerstar7. Additionally, due to its strategic location and capacities, the Yard is expected to bring in other valuable projects such as mooring and skid installation, ship upgrades, and fabrication of small modular works.

The company has also continued to improve on its technological expertise to maintain its leadership position in the offshore technology industry.

SHI, the parent company of SHIN is widely recognised by the world’s leading oil producers for its accumulated shipbuilding technologies in offshore development facilities.

Despite challenges posed by worsening market conditions, SHI has continuously been awarded certifications for eco-friendly and smart technology. SHI has also made meaningful achievements to prepare for the future, such as by successfully conducting the onboard test for autonomous and remotely controlled ships.

The company has invested heavily to build more capacity and capability in offshore projects raising over 1 billion Dollars to develop Eco-Friendly ship technologies in line with increasing demands for carbon neutrality.

Some feats in this market are the wind turbine installation vessel (WITV), certified by all the leading global classification agencies, the implementation of the LNG fuel engine in some vessels, and the newly developed On-board Carbon Capture and Storage (CCS).

There are also more innovative steps being taken to deliver carbon neutrality by the company such as creating ammonia-fueled vessel that adopts ammonia fuel, which has a zero-carbon footprint, in line with SHI’s commitment to our planet.

SHI is a pioneer in Floating Liquid Natural Gas (FLNG) and the world’s leading fabricator of FLNG vessels, having built three out of four FLNG orders placed around the world.

In 2011 for instance, it received an order to build the world’s first and largest FLNG with an annual production capacity of 3.6 million tonnes from Royal Dutch Shell and completed the delivery in 2017. After the successful completion of this project, SHI secured FLNG orders from Petronas of Malaysia and Italy’s ENI, taking the lead in the market.

With the policies in Nigeria today being more focused on gas production and deep offshore, SHI and SHIN seek to collaborate with Nigeria to achieve the energy needs of the country. This will increase the domestic gas availability for the Nation and bring about the emergence of Gas power plants all over Nigeria to end the power shortage in the country.

With its global track record, SHIN will transform Nigeria into a shipbuilding and offshore technology hub if the right policies are put in place by the Nigerian government and partners such as the NNPC and NCDMB.

Speaking on the company’s future in Nigeria in his first address to the SHIN employees, the new Managing Director of SHIN, Mr. Jongseok Kim had pointed out that the future seems promising for SHIN and its joint venture company, SHI-MCI with many potential projects on the pipeline.

“Samsung’s commitment and devotion in Nigeria are ongoing and I intend to remain focused in resuming full operation at SHI-MCI Yard, to carry out various business activities is not an only offshore fabrication, but also FPSO repair/alterations and other potential businesses. This will also ensure SHIN can continue to make positive contributions to the Nigerian economy and the society,” Kim explained.