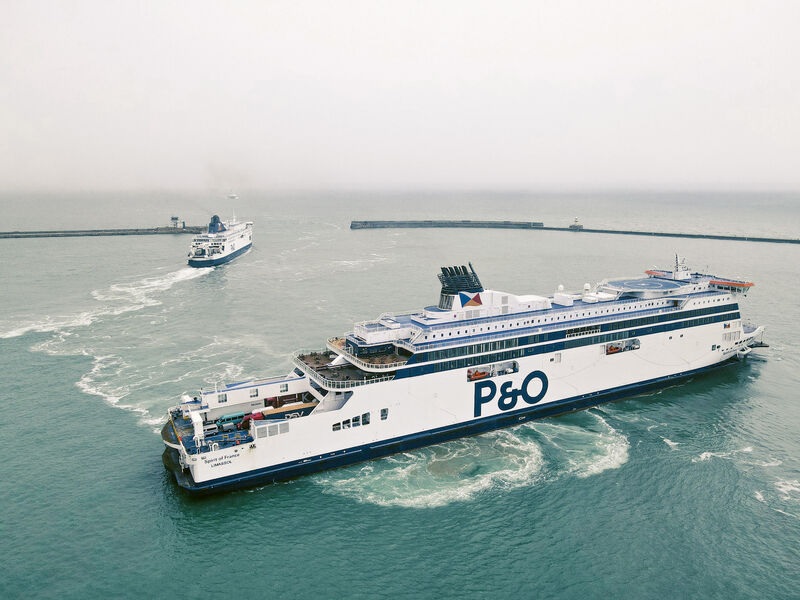 The two leading ferry operators on the English Channel today announce that they have reached an agreement to make freight space on their Dover-Calais ships available to one another so as to maintain customer service levels on the route and ensure its continued resilience.

Under the space charter agreement freight drivers can arrive at either the Port of Dover or Port of Calais and board the next available sailing, irrespective of whether the ferry is operated by P&O Ferries or DFDS.

David Stretch, Chief Executive of P&O Ferries, said: “After the pandemic, during which we did everything we could to keep essential goods moving at a time of national crisis, the best way to ensure that we can continue to run vital freight services on Dover-Calais is to build on our relationship with DFDS and enter this space charter agreement.

“It will ensure the continued resilience of the principal UK-EU trade route on which thousands of businesses and millions of consumers rely. It will also maintain service levels for our customers by reducing the time drivers spend waiting at the ports, giving them access to a departure every 36 minutes and reducing gate-to-gate journey times by an estimated 30 minutes.

The Dover Strait is the single busiest route for trade between Britain and the EU. The agreement – which starts this summer - covers all eight ships on Dover-Calais including the P&O Ferries-owned Spirit of Britain, Spirit of France, Pride of Canterbury, Pride of Kent and Pride of Burgundy and the DFDS-owned Cote des Flandres, Cote des Dunes and Calais Seaways.

P&O Ferries is a leading pan-European ferry and logistics group at the heart of the Europe’s economy and a part of DP World, the leading provider of smart logistics solutions and enabler of the flow of trade across the globe. P&O Ferries is a major provider of freight transport and passenger travel services, sailing on eight major routes between Britain, France, Northern Ireland, the Republic of Ireland, Holland and Belgium. Its logistics business, P&O Ferrymasters, operates integrated road and rail links to countries across the continent including Italy, Poland, Germany, Spain and Romania, and facilitates the onward movement of goods to Europe from Asian countries via the Silk Road.