The Finnish Navy has received its first service boat 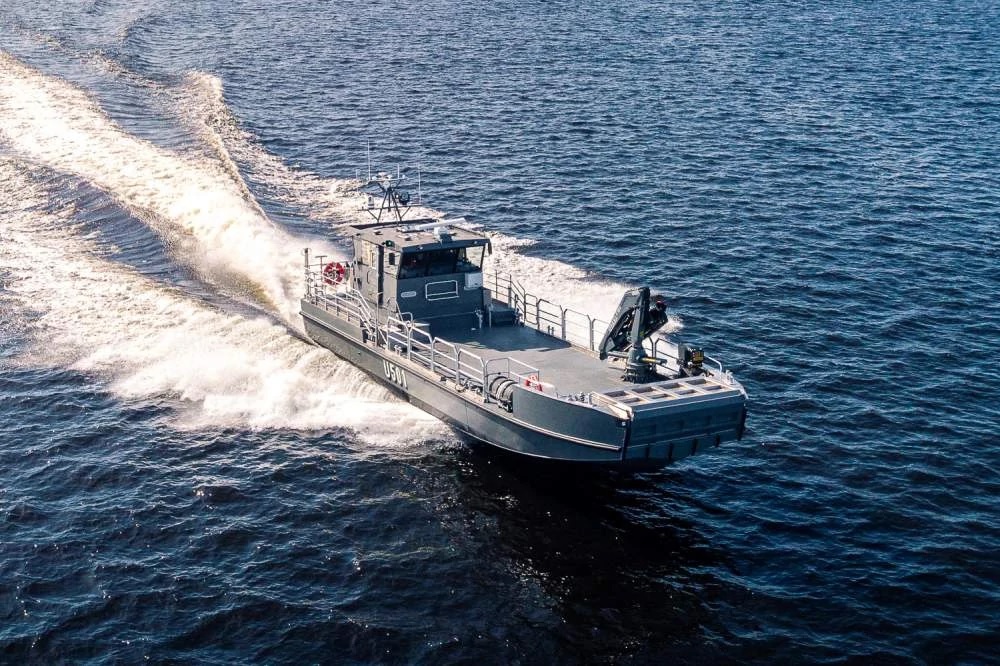 Kewatec delivered the first service boat to the Finnish Navy at the handover and baptizing ceremony on Tuesday 16.8. in Upinniemi. The options in the agreement with the Finnish Defence Forces Logistics Command will also be redeemed. Eight more boats will now be built, the latest of which will be delivered in 2024. The Navy's new service boat class is named Utö.

Kewatec Work 1920 is a fast workboat that is ideal for sea transport of the Navy's materiality and that significantly supports the movement of troops. The new service boats run on water jet propulsion and are equipped with, among other things, a deck crane. After commissioning, the boats will be operated both by their own personnel and conscripts having received boat operator training.

- The Utö class is a versatile vessel with carrying capacity that increases the operational agility of both the navy and coastal forces, says Navy Commander-in-Chief Admiral Jori Harju in his speech.

- This is necessary for us to be able to take full advantage of the Navy in the joint activities of the Navy or in the naval operations that we conduct ourselves.

The order is significant for Kewatec and has a major employment impact as an individual project, especially for our unit in Kokkola and its surroundings. At the same time, it is a socially important industrial preparation in a tightened international security situation. Kewatec will gain valuable expertise in the Navy's expectations of fleet performance and functionality, as well as learn from cooperation with the Navy.