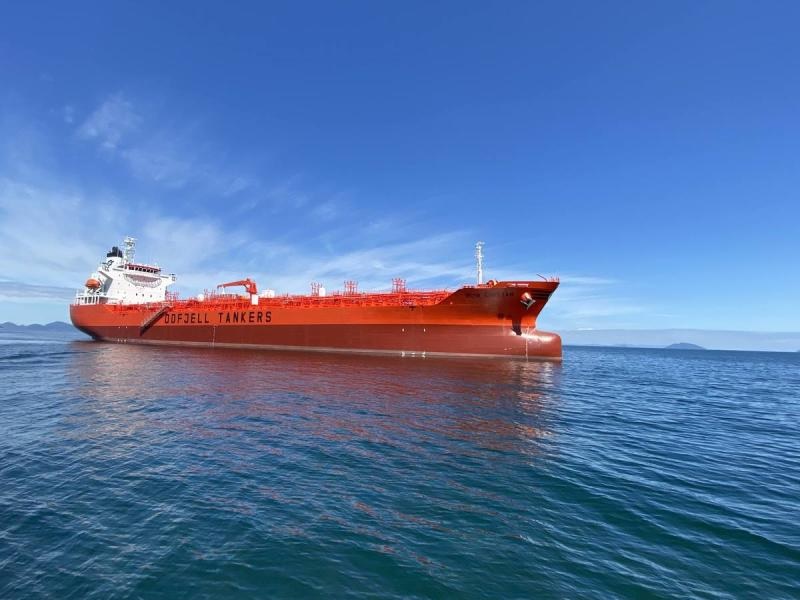 The newbuilt chemical tanker Bow Cheetah entered Odfjell’s global fleet this week. The 26k dwt stainless steel vessel sets sail on her maiden voyage in full swing, bringing welcomed new tonnage to a bustling market. Bow Cheetah is the first in a series of sister ships to join our fleet in 2022/23.

The new ship series is being built at the renowned Asakawa yard, a well-known shipbuilder for Odfjell over the years. There is currently a substantial market demand for stainless steel capacity, so the 26-tank Bow Cheetah enters trade at an ideal time. Equipped with steam/hot water heating and thermal oil, she is perfectly suited to carry a wide range of sensitive cargoes.

“The capacity these vessels provide is sought-after by our customers, and will further strengthen the flexibility of our services,” Global Head of Tanker Trading Bjørn Hammer, said.

“We are very pleased to welcome Bow Cheetah to our Chempool 25 trade. We look forward to following Captain Rajeev Kaushik and his crew on the maiden voyage – safe sailing!”

From the yard in Japan, Bow Cheetah sailed to Korea where she will load a cargo before continuing her maiden voyage to India.

The names of the new ships were decided through an online poll among the Odfjell team at sea and ashore. One naming series won by a landslide, and is a bit of a historical comeback: The names were first used on a ship series that sailed in our fleet from the 1980s till 2010s. As such, they also follow the Odfjell tradition of the ‘Bow’ prefix, a tradition dating back to 1946. 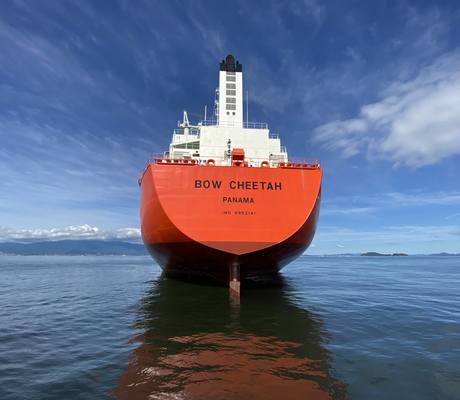 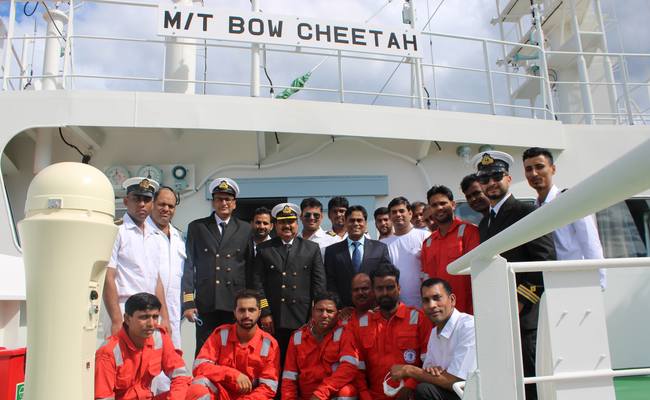 The customary naming ceremony was held in May 2022, hosted by shipowner Nissen Group and observed by guests from partners and yard. Former head at Odfjell, Kristian Mørch, was godfather and ceremonial ribbon-cutter at one of his final official assignments before he stepped down as CEO.

The next ship is expected to be delivered in November 2022.