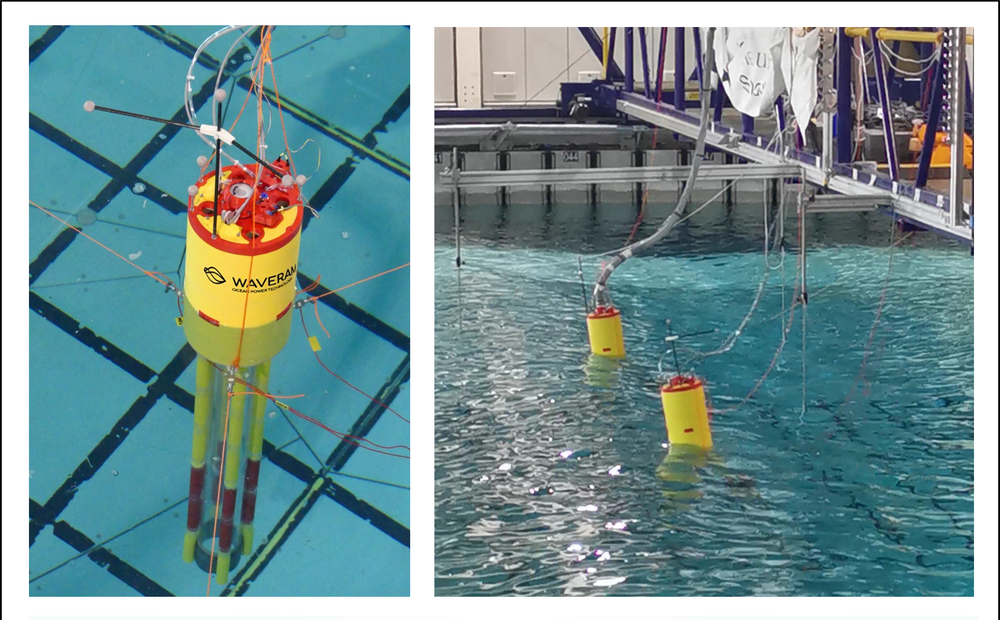 The Waveram project, led by Waveram Ltd.,has recently completed its tank testing campaign at FloWave, University of Edinburgh, as part of Phase 1 of the EuropeWave programme.

This testing campaign was the company’s first opportunity to physically test the updated Waveram design. The testing, led by Waveram’s consortium partner 4c Engineering, was a great success aiming at validating their numerical model, simulating survival strategies, and assessing loads and device motions.

As scaling a pneumatic Power Take-Off to such a small device presents challenges, two hydrodynamically identical models were used to conduct the tests. One incorporated a representative PTO complete with external air volume compensation located on a gantry above the model, while the second incorporated a simple calibrated orifice plate (without external air volume compensation) so as to not interfere with the body motions.

Tests were conducted with regular waves, irregular waves, and survival conditions, in compliance with the International Electrotechnical Commission (IEC) standards. The rich dataset captured from both models has enabled validation of numerical models and performance projections as well as providing insights into the behaviour of the internal water column and the influence of various control strategies. The next step will focus on testing and integrating the Waveram power train in a relevant environment. 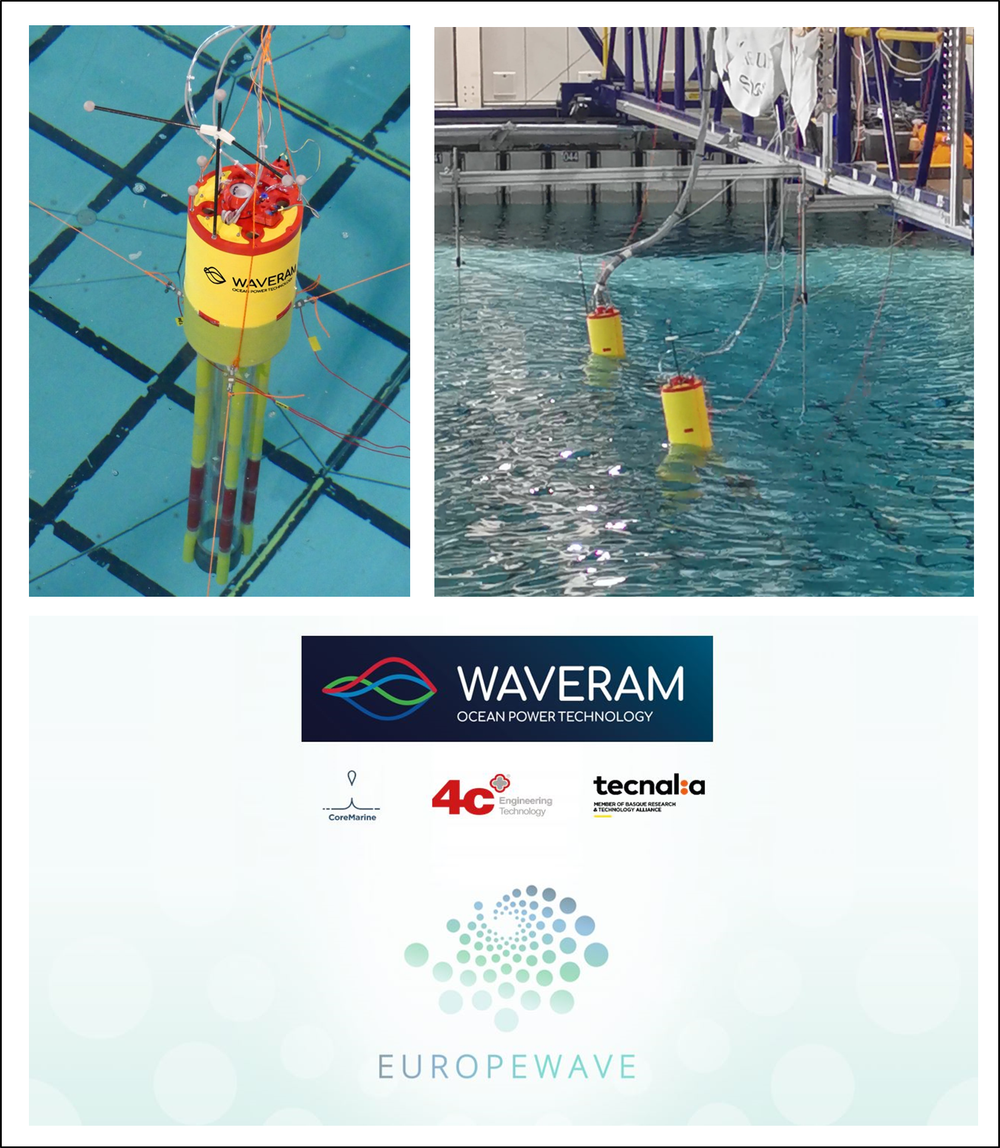