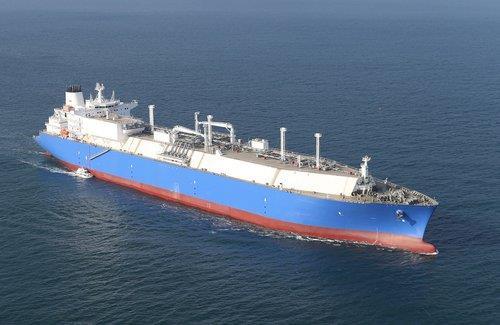 DSME will deliver two LNG vessels to an undisclosed Asian shipping firm and four others to an unnamed European shipper by the second half of 2026, the shipbuilder said in a regulatory filing.

DSME did not identify the shipping company, but the order is believed to be related to a $19 billion contract that DSME and two other Korean shipbuilding giants -- Hyundai Heavy Industries Co. and Samsung Heavy Industries Co. -- signed with Qatar Petroleum in June 2020 to construct more than 100 LNG vessels through 2027.

In 2021, Qatar's state-owned oil and gas company changed its name to QatarEnergy. The contract is in line with Qatar's plan to boost its LNG production capacity to 126 million tons by 2027 from the current 77 million tons. Qatar is the world's top LNG producer.

DSME has so far obtained orders to construct 19 LNG carriers in connection with the Qatari deal.

DSME, the world's No. 4 shipbuilder by order backlog, has bagged $9.4 billion worth of orders to build 34 LNG carriers, two container ships and one offshore plant so far this year, surpassing its yearly target of $8.9 billion.

It marks the second consecutive year that DSME orders have exceeded its yearly goal.