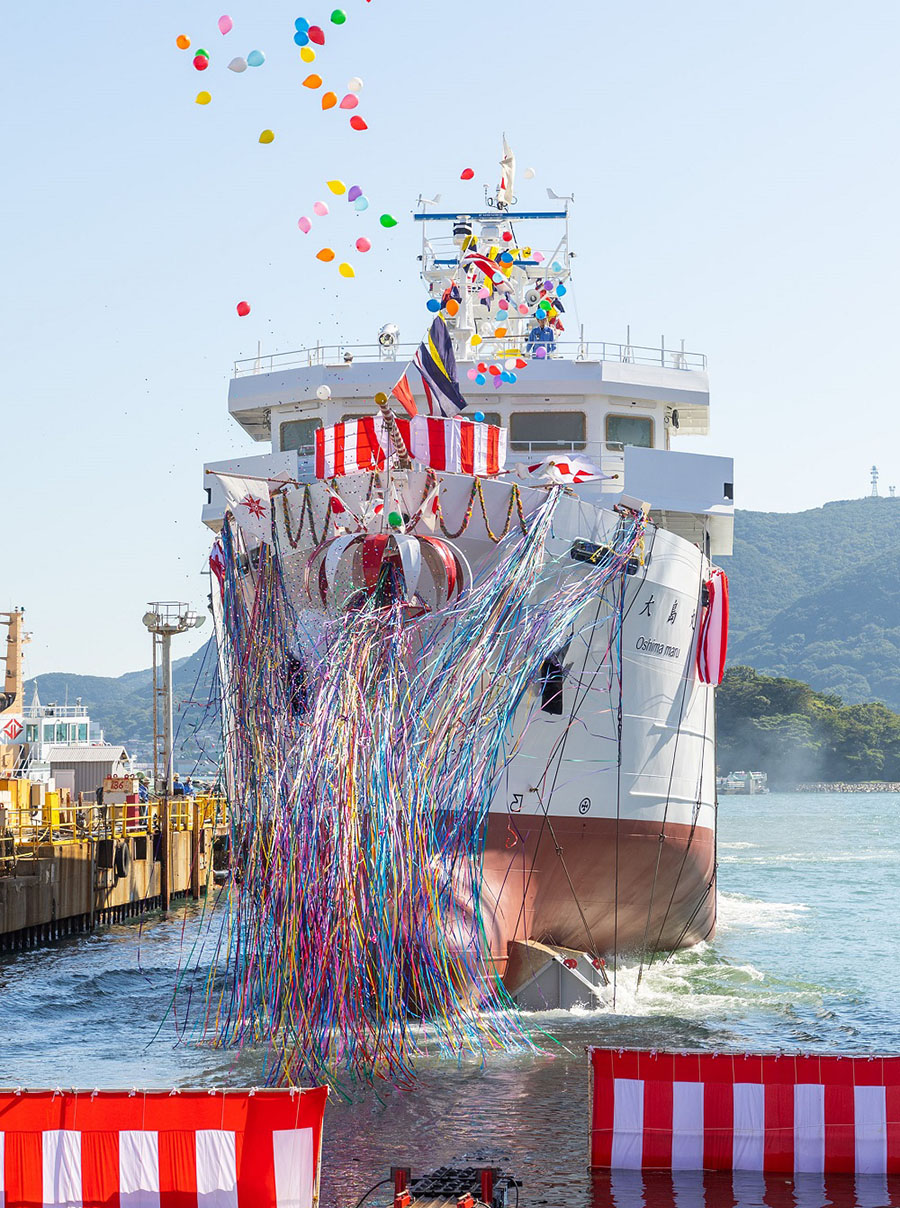 Mitsubishi Shipbuilding Co., Ltd. a Mitsubishi Heavy Industries Group company, named and launched a training ship for the National Institute of Technology, Oshima National College of Technology, on the 13th. A ceremony was held at Mitsubishi Heavy Industries Shimonoseki Shipyard & Machinery Works Enoura Factory (Shimonoseki City, Yamaguchi Prefecture). The ship, named "Oshima Maru", will be handed over to the school in March 2023 after undergoing outfitting work and trial operation, and will be engaged in sailing training for students and research experiments related to navigation and oceans.

Oshima Maru, the 4th generation training ship, is the first new ship for the school in 29 years since 1993, and has been built at the same factory since the current 3rd generation training ship. Features include an exclusive area for female students that considers convenience and security, elaborate interior lighting and interior design, and a comfortable learning and living environment. It also functions as a support vessel.

In addition, ease of use is also taken into consideration, such as placing a multifunctional toilet and sick room near the entrance of the ship to reduce steps inside the ship and realize smooth movement. In addition to adopting an electric propulsion system, it is equipped with a lithium-ion battery, which saves energy by operating in parallel with the onboard generator engine, reduces the environmental load by supplying power from the battery alone when berthing, and improves the living environment by reducing onboard noise and vibration. etc. can also be expected.

Going forward, Mitsubishi Shipbuilding will continue to contribute to the advancement of society together with its customers by building ships that are excellent in fuel efficiency and environmental performance, and contribute to the education of next-generation marine engineers and marine surveys.

Major features of the Oshima Maru