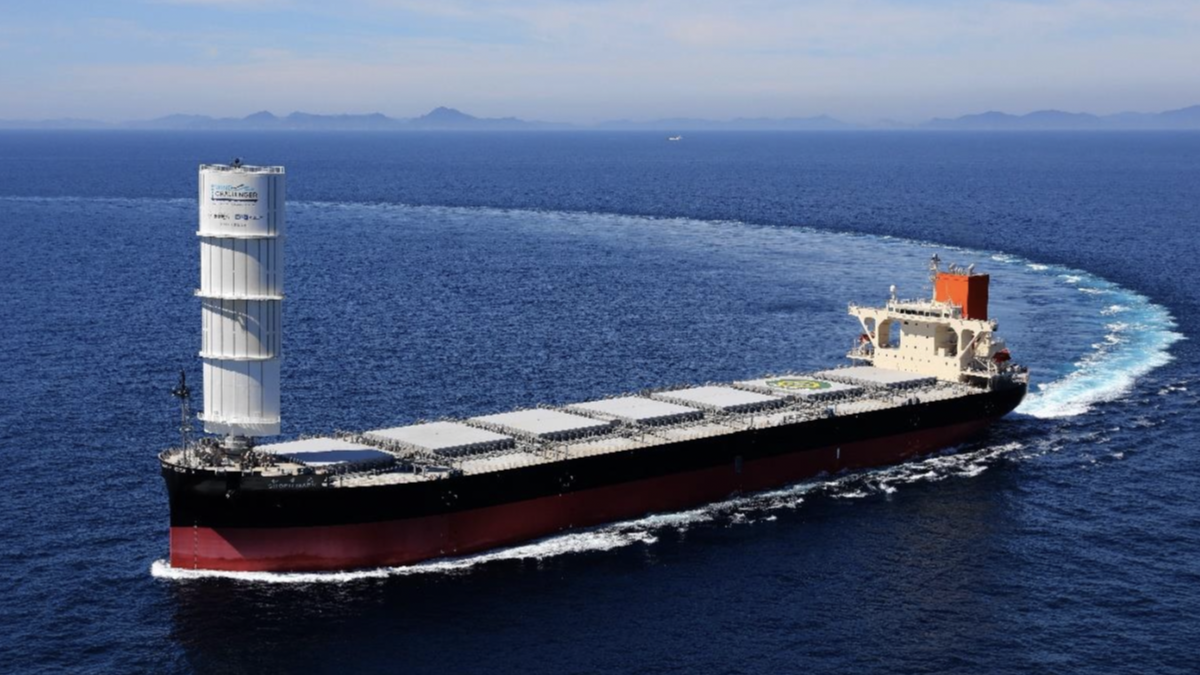 The SHOFU MARU is the world's first vessel equipped with Wind Challenger, and will transport coal* 3 mainly from Australia, Indonesia, and North America as a dedicated vessel for Tohoku Electric Power Co.

The introduction of the Wind Challenger is expected to reduce greenhouse gas (GHG) emissions about 5% on a Japan-Australia voyage and about 8% on a Japan-North America West Coast voyage, compared to a conventional vessel of the same type, and contribute to curbing GHG emissions during fuel transportation.

MOL and Tohoku Electric Power Co. continue to work toward both stable transport of energy resources and reduction of their environmental impact.

*1 The Wind Challenger is a system, developed mainly by MOL and Oshima Shipbuilding, which uses a telescoping hard sail that harnesses wind power to propel the vessel. By installing the system, it is possible to reduce the amount of fuel used for operation, which is expected to reduce environmental impact and improve economic efficiency.

*2 SHO FU means "pine (matsu in Japanese)" and "wind (kaze in Japanese)". The vessel name is derived from ‘Kaze no Matsubara’, the black pine trees planted for the purpose of erosion control in Noshiro, Akita Prefecture, and Wind from Wind Challenger, with the hope that the vessel will operate powerfully even under harsh conditions.

Outline of the coal carrier SHOFU MARU with the Wind Challenger 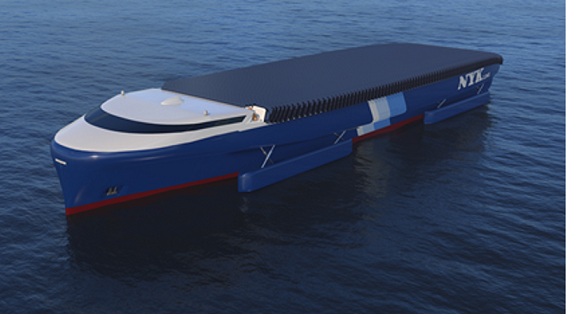