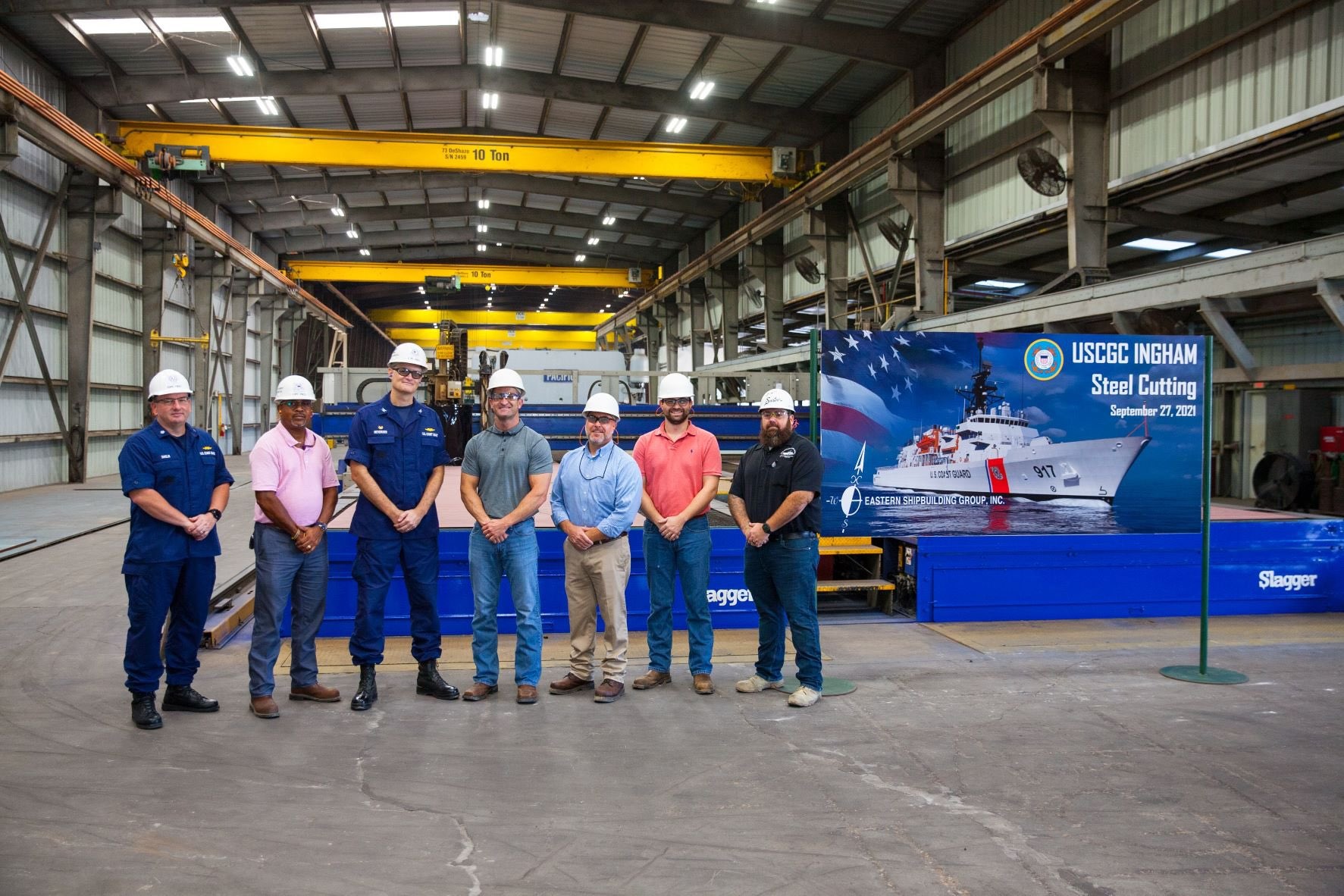 “The first four offshore patrol cutters are fully under production for the U.S. Coast Guard thanks to the steadfast commitment of our skilled professionals and partners,” said Joey D’Isernia, President of Eastern Shipbuilding Group. “USCGC RUSH is part of a class of ships that boast multi-mission capabilities and the endurance to carry the men and women of the USCG for more than half a century. With more than 45 years of steel shipbuilding experience we promise the highest quality control, and we look forward to delivering the lead vessel of the class next year.”

In addition, the U.S. Coast Guard modified the contract “with Eastern Shipbuilding Group (ESG) on May 20 so installation of the Athena combat weapons system and multi-mode radar system will be completed during the production phase of the OPC. The Athena system, radar and armament of the OPC are provided to the Coast Guard as Navy type-Navy owned government furnished equipment.

“Prior to this modification, installation of both systems was to occur after contract delivery while each cutter was in its homeport. The Navy has completed development, integration and testing of the Athena and radar systems, enabling the Coast Guard to shift to production-phase installation. Performing this work prior to delivery reduces the technical risks associated with post-delivery installation and delivers mission-ready OPCs to the fleet as soon as possible.”

By implementing these modifications now, ESG expects that it will deliver capability years ahead of a post-delivery integration strategy which is a massive benefit to taxpayers and national security. This additional scope of work results in a new delivery date in 2023 for the lead cutter Argus which is 75% complete. The second OPC is approximately 50% complete, and the third is 25% complete. The fourth OPC is scheduled for delivery in 2026.