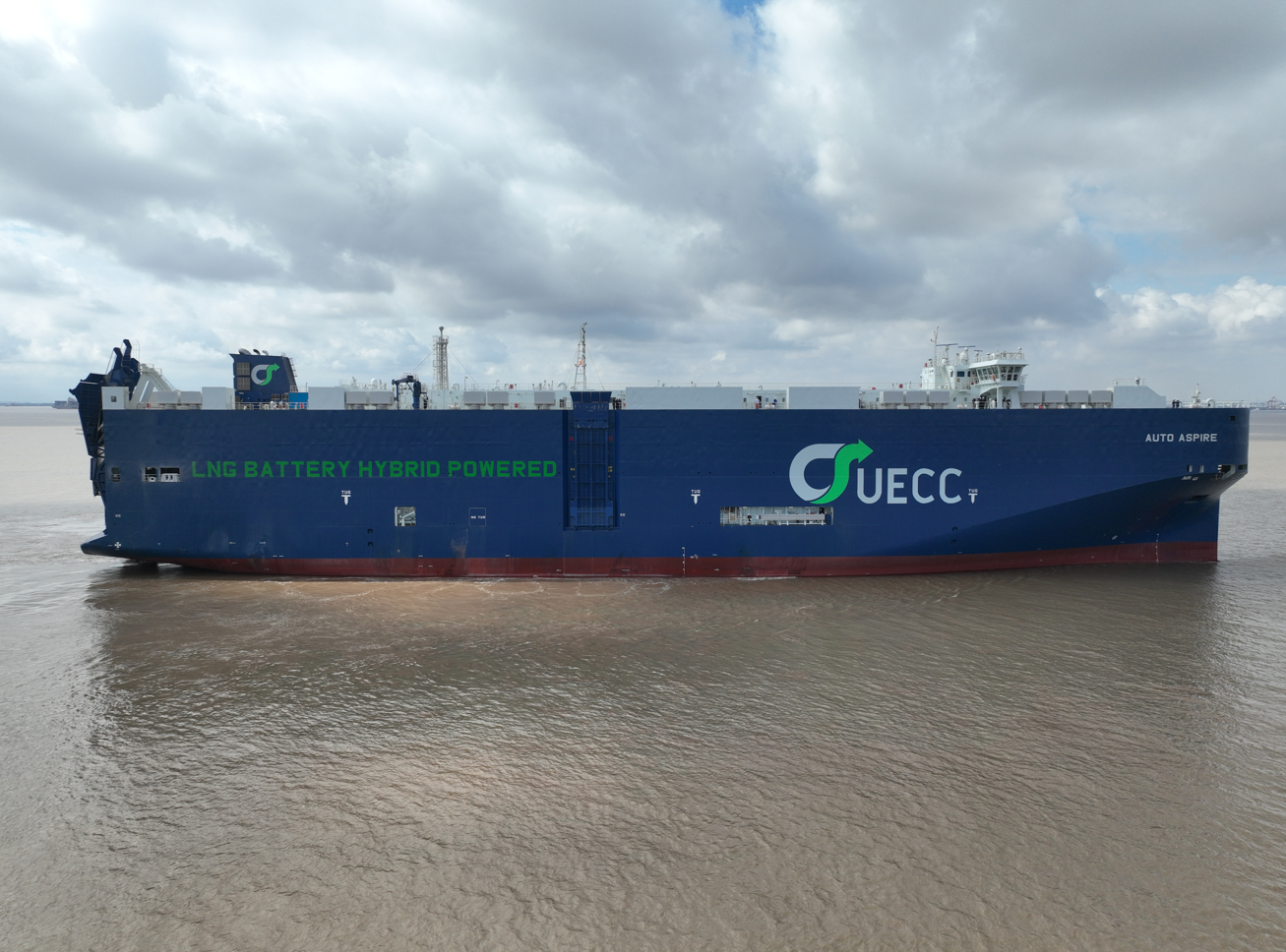 UECC has taken delivery of its third and final newbuild multi-fuel LNG battery hybrid pure car and truck carrier (PCTC) as the company takes the lead in meeting new requirements for low-emission ship operations with the green transformation of its fleet.

The latest newbuild, to be named Auto Aspire, was delivered on 20 October at China’s Jiangnan Shipyard and will soon join sister vessels Auto Advance and Auto Achieve plying trade routes in Northern Europe after delivery of the pair from the fabrication yard over the past year.

“This significant delivery marks the realization of our ambition conceived a decade ago to bring to the European short sea market a new breed of advanced low-carbon vessels able to deliver on demands for energy efficiency under a green shipping regime,” says UECC’s CEO Glenn Edvardsen.

“This has been achieved through a process of innovation whereby a new technological solution has been developed together with Jiangnan’s in-house ship design team to give substantial gains in terms of emissions reductions.

“But, as the name of the third newbuild suggests, we still aspire to do even more.”

In tune with green regulations

With delivery of the latest vessel, UECC now has five eco-friendly PCTCs out of its current fleet of nine owned vessels plus seven chartered units, with 80% of its current lifting capacity already meeting the IMO requirement for a 40% reduction in carbon intensity from shipping by 2030.

The leading shortsea Ro-Ro carrier has earlier pioneered the world’s first dual-fuel LNG PCTCs - Auto Eco and Auto Energy - and piloted the use of biofuels on another vessel, Auto Sky, with the aim of sourcing 80% of its annual fuel demand from alternative fuels by 2030.

“Imminent regulatory changes are shifting the market landscape in favour of green-focused players and these newbuilds represent timely and sizeable investments that offer our clients a sustainable shipping solution with both environmental and cost benefits,” adds Edvardsen.

Costs for shipowners using conventional marine fuels are set to rise with the implementation from 1 January 2023 of the Energy Tax Directive that will impose a hefty tax on fossil fuels supplied in the European Economic Area.

Furthermore, the proposed extension of the EU’s Emissions Trading System (ETS) to shipping, set to take effect from 2024, will require pollutive ship operators to purchase costly carbon allowances that could increase the cost of consuming fossil fuels by as much as 50% based on current carbon pricing, according to UECC’s Energy & Sustainability Manager Daniel Gent.

In addition, new regulatory constraints on ship emissions are coming with the IMO’s Carbon Intensity Indicator (CII), which takes effect from next year, and FuelEU Maritime, due to be introduced in 2025. Both measures will require a progressive reduction in carbon intensity from ship operations either from speed reduction or switching to alternative fuels.

Gent points out that UECC will be on course to achieve the proposed FuelEU Maritime target for 2030 of a 6% annual reduction in carbon intensity once the Auto Aspire is brought into operation. All three newbuilds are also in compliance with the IMO’s Energy Efficiency Design Index (EEDI) that comes into force next year.

The newbuild trio are designed initially to run on liquefied natural gas (LNG), which can reduce emissions by around 25% compared with other fossil fuels, but will be able to use drop-in fuels with lower carbon intensity such as bio-LNG and synthetic LNG as these become more widely available.

The hybrid battery solution enables additional emissions reductions through peak shaving and the use of battery power to manoeuvre in ports, thereby eliminating harmful discharges of NOx and particulate matter near coastal cities.

The energy efficiency of the vessels is further enhanced by a smart energy management system that contributes to fuel savings, together with an optimised hull design and controllable pitch propeller.

The Auto Aspire, with a length of 169 metres, has capacity to carry 3600 vehicles on 10 cargo decks and, together with its sisterships, will "put sustainability firmly on the map” in the Ro-Ro trade of Northern Europe, according to Edvardsen.

“We are immensely proud to see all three newbuilds now on the water. With the support of our owners NYK and Wallenius Lines, UECC is turning the dream of environment-friendly shipping into reality,” he says. 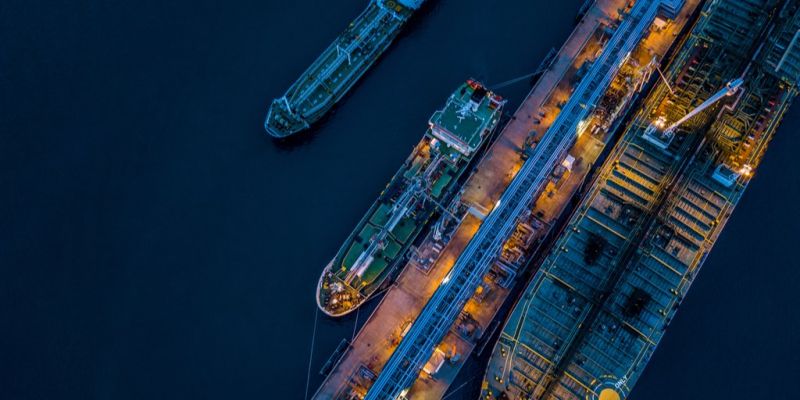