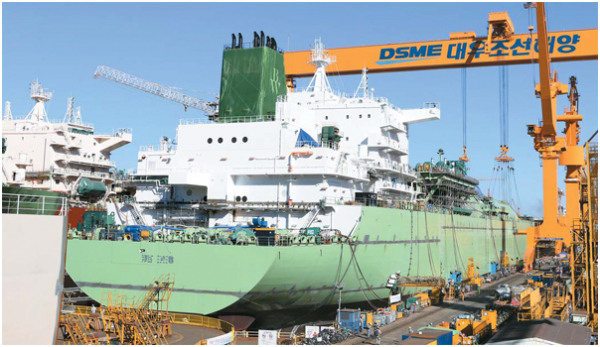 Daewoo Shipbuilding & Marine Engineering (DSME) has recently won an order for two 200,000-cubic-meter LNG carriers at a price of US$250 million (about 360.5 billion won) for each. This is the most expensive LNG carrier order awarded to Korean shipbuilders this year. It is the highest price since the third quarter of 2008. The client is known to be Venture Global LNG of the United States.

Globally, LNG carrier prices are on a steady rise. According to Clarkson Research, a British shipbuilding and shipping market analysis firm, newbuild prices for LNG carriers rose for the seventh week in a row, reaching US$247 million (about 354 billion won) last week.

The reason for rising LNG carrier prices is that Russia weaponized natural gas after the outbreak of the Russo-Ukraine war. Growing demand for eco-friendly energy along with a global decarbonization trend is also having a major impact on the prices.