Launching of the RV David Packard at Freire Shipyard 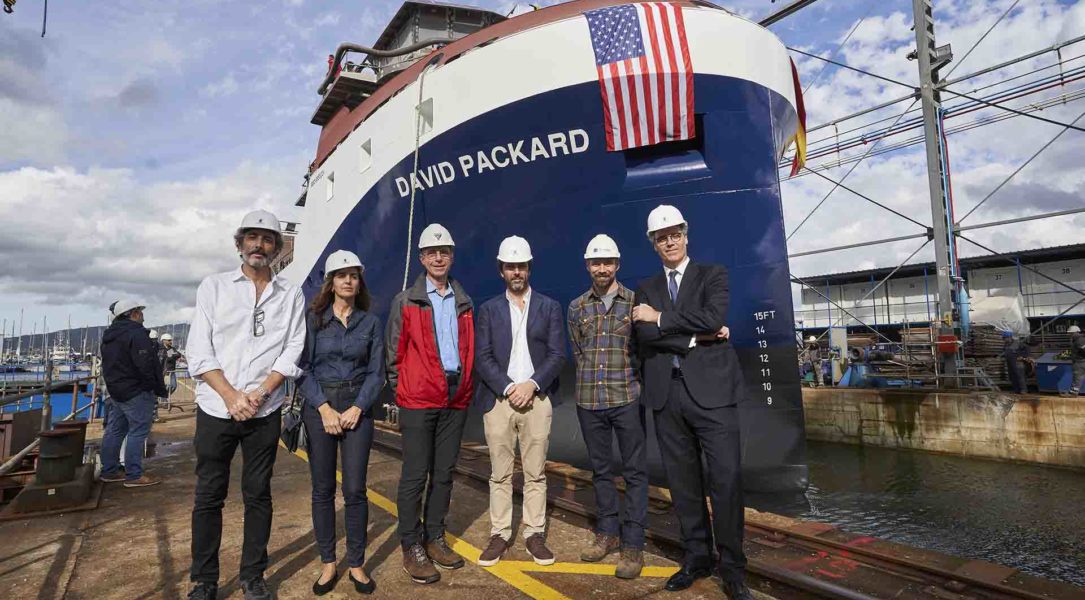 Launching of the RV David Packard at Freire Shipyard

Last month the oceanographic vessel David Packard entered the waters of the Vigo estuary for the first time. The Freire family represented by Marcos, Guillermo, David and Paula Freire, were present at the event, as well as Michael Kelly, director of maritime operations of MBARI (Monterey Bay Aquarium Research Institute) and the Glosten engineers, William Moon and Isabel Goñi- McAteer, and staff from the Freire Shipyard team, among other guests.

“The RV David Packard will be the first state-of-the-art research vessel built not only in Spain, but in the European Union, intended to operate in the waters of the United States of America and will comply with a number of requirements, both functional and operational, completely specific and unique”, highlights the general director of Freire Shipyard, Marcos Freire, during his speech. This project, awarded at the end of 2020, “represents an unprecedented milestone for Freire Shipyard, whose launch will become part of the history of this family-owned company forever,”, concludes.

“The RV David Packard will expand MBARI’s research capabilities as a multipurpose vessel that can support not only remotely operated vehicles to observe ocean life, but also various types of autonomous systems to assess ocean health,” added the MBARI director of marine operations, Michael Kelly.

To Timothy Leach, director of engineering at Glosten, “a lot of work and planning has gone into the project, so it is great to see it hit the water. We look forward to the delivery of the R/V David Packard and the impact it is sure to make as a state-of-the-art platform for scientific research.”

The oceanographic vessel designed to provide scientific support for the maritime research work of MBARI, has a total length of 49.9m, a beam of 12.80m, a design draft of 3.65m and it can reach a speed of 12 knots. Among the special characteristics of this ship, its capacity for the deployment and operation of equipment such as ROV or AUV vehicles, its advanced integrated cybersecurity system in accordance with the requirements of the DNV classification society or its retractable stabilizer system to reduce rolling motion both in navigation and during Dynamic Positioning operations. The RV David Packard will also meet strict underwater radiated noise levels to operate in US waters.