Changing the skyline of Immingham 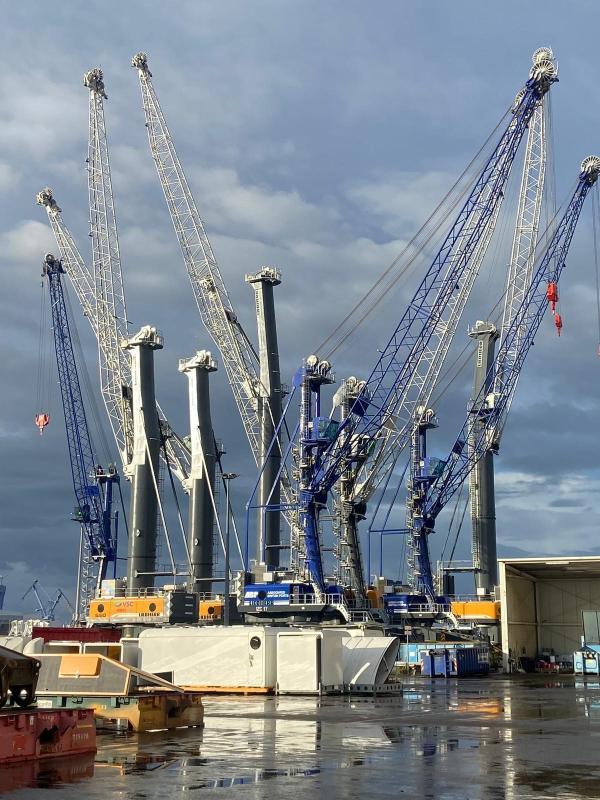 The Port of Immingham’s latest cranage is on its way

Engineers from Associated British Ports (ABP) Immingham team have returned from Germany where they have been carrying out the final factory acceptance testing of the port’s three new mobile harbour cranes.

The Liebherr 420s will be arriving later in November from Rostock in northern Germany. The new investment has cost £9.7 million with an additional £500k on new Nemag grabs. They will be a welcome addition to the port, the largest by volume of tonnage in the Humber.

The new cranes use the Liebherr hybrid system which comprises of a diesel generator which runs on HVO and the option to switch to all electric, which achieves a greater performance while reducing fuel consumption at the same time. The sustainable hybrid drive reduces the emission of CO2 and other harmful substances but also gives more power.

Simon Bird, Regional Director of the Humber ports said: “This is another great investment in the port. It offers our customers a range of equipment, these being specially optimised for vessels in the post-panamax class.

“It’s part of our wider strategy investment in future proofing the Humber ports and giving our customers the confidence that the ports remain resilient, and we are giving them what they need in having reliable and efficient cranage.”

The new cranes offer greater versatility being able to be deployed on any quay, though primarily they will be used for bulk cargo handling and scrap handling. They have a 124-tonne lifting capability, and offer greater safety improvements in the driver’s cab, and allow for better fleet management, which means short downtimes and full visibility of the whole fleet.