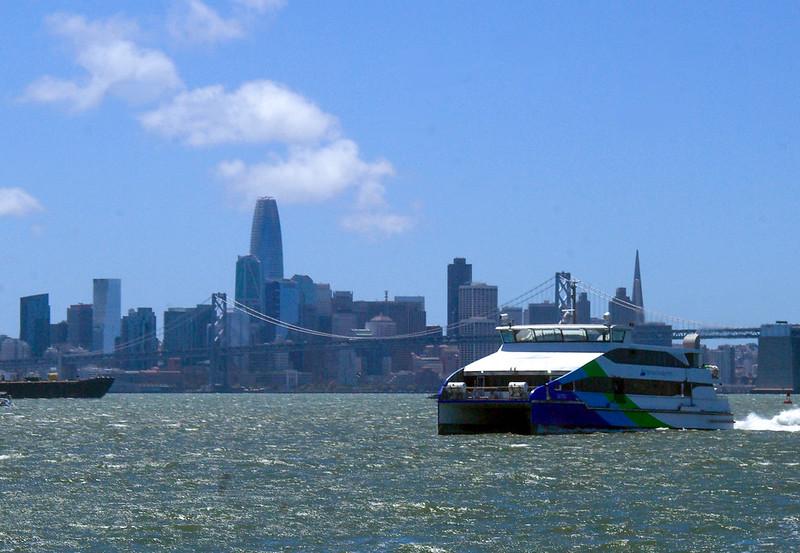 Port officials from around the country and overseas, gathered virtually this month to discuss the impacts of climate change and sea level rise, search for mitigations, and share best practices.

“The Port of Oakland as well as all California ports are literally on the frontline of mitigating the effects on sea level rise, not just on our seaport but also on our neighboring communities,” said Danny Wan, Executive Director of the Port of Oakland. The Port has nearly 20 miles of waterfront for aviation, commercial real estate and maritime activities.

Port of Oakland Executive Director Danny Wan delivered the welcoming remarks at The Storms, Flooding and Sea Level Defense Conference. The conference was hosted by The Propeller Club of Northern California in collaboration with the Society of American Military Engineers. In its fifth year, the conference is the brainchild of California ports, including the Ports of Oakland, San Francisco, Long Beach, and Los Angeles.

Project Engineer at the Port of Rotterdam, Joost de Nooijer shared the Netherlands' strategies to combat climate change and rising sea levels. The Dutch are industry experts in becoming climate adaptive. Ninety percent of the City of Rotterdam is below sea level, making their port particularly susceptible to the impacts of rising waters. The Port of Rotterdam is Europe's largest port.

According to the American Association of Port Authorities, cargo activity in the U.S. generates over $5 trillion a year in economic activity, supporting 31 million domestic jobs. These figures are from 2018 and today's numbers are likely higher.

The Port of Oakland and its business partners support 98,000 jobs (most recent figure) in the region, more than a million jobs across the country and an annual economic impact of $130 billion (pre-pandemic figure).
The Port of Oakland faces unique coastal challenges to defend against storm surge and sea level rise. Here are some of its projects:

• The Port of Oakland is planning to do a new study on sea level rise (SLR) and ground water intrusion to better understand its vulnerability to future climate conditions. The Port will be releasing an RFP (Request for Proposals) this month for the study and launching it in 2023;

• The Port of Oakland completed its Oakland International Airport Perimeter Dike improvement project earlier this year, which protects our airport’s primary commercial runway. The dike crest has been designed to withstand projected storms through the year 2050;

• Also, at Oakland International Airport’s North Field, the Port has been studying its vulnerability to water intrusion. The Port has looked at more advanced modeling (2D) of the North Field to focus project improvements where they will have the greatest potential benefit to prevent flooding. The Port expects to issue its draft report on the topic, along with a list of specific improvements by the end of this year; and

• The Port of Oakland is also working with its neighboring cities to cooperate on projects, studies and funding to address flooding and sea level rise. Flood vulnerabilities may exist off Port property that could impact Port facilities.

The Intergovernmental Panel on Climate Change (IPCC) has noted in a special report on extremes, that climate change has influenced variables that contribute to floods. According to the IPCC report, while global warming may not induce floods directly, it magnifies many of the factors that do.