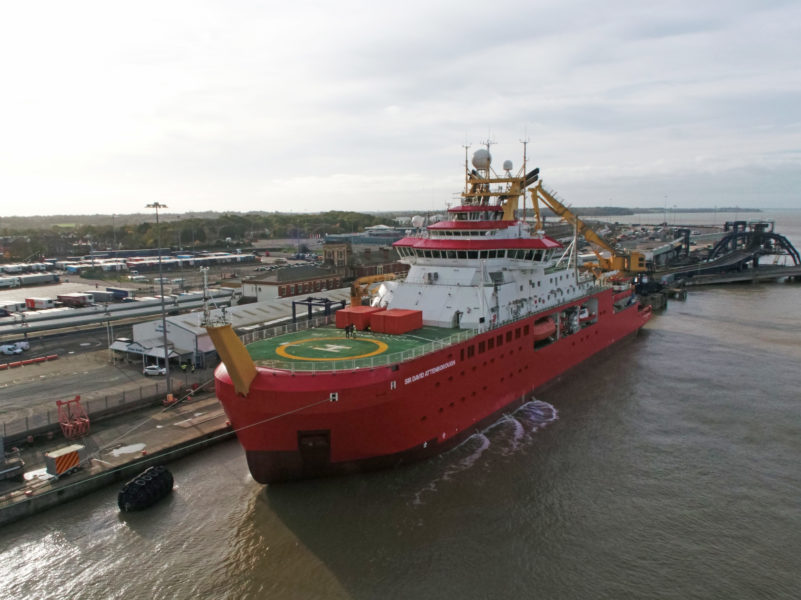 The ship departs Harwich on 20 November, with 45 crew and personnel on board, for a short stop at Portsmouth to take on fuel before departing the UK. Its first point of call will be Stanley, Falkland Islands, three-and-a-half weeks later. From there, the RRS Sir David Attenborough will continue its voyage to Antarctica.

RRS Sir David Attenborough is currently in Harwich, ahead of its second mission to Antarctica

The ship will also be carrying out trials of polar science equipment, a critical step in the ship’s commissioning. Over the summer, the ship spent several weeks conducting science equipment trials around the UK, testing the acoustic instruments and winch systems in shallow water. The equipment trials in Antarctica will involve similar tests but in more extreme polar conditions, which are much colder and rougher than in the UK. In particular, the team will be testing the ship’s special equipment for trace metal research. This includes a bespoke-designed winch system with metal-free cables and a Conductivity, Temperature, Depth (CTD) array made of titanium, used to detect trace metals at depth. It will also be testing a new deep water trawl capability, undertaking trawls in up to 6000m of water.

During the Antarctic season the ship will carry out science tasks such as deploying argo floats, which collect data for the international programme that collates global observations of ocean temperature used to study climate change. It will also be deploying two moorings as part of a NERC science programme which is investigating the processes that influence carbon cycling and ecosystem function in the Southern Ocean.

“With the world’s eyes on COP27 in Egypt, and climate change at the forefront of all our minds, we are reminded of the critical role this ship is going to play over the next three decades in improving our understanding of climate change and the impacts on our environment and society.”

“We’re really excited to be taking the ship back to Antarctica. The ship performed well in the first leg of science trials and I’m looking forward to putting the ship’s science capability through its paces in polar conditions.”

The ship will fly a rainbow flag in celebration of Polar Pride Day (18 November), an initiative launched by the Foreign, Commonwealth and Development Office in 2020 to celebrate the contribution of LGBTQ+ people to polar research in the British Antarctic Territory and South Georgia and the South Sandwich Islands.

The new polar ship was commissioned by UKRI-NERC and built by Cammell Laird for operation by British Antarctic Survey. This new research platform will transform how ship-borne science is conducted in the Polar Regions. It is part of a major Government polar infrastructure investment programme designed to keep Britain at the forefront of world-leading research in Antarctica and the Arctic.

The RRS Sir David Attenborough will return to the UK in May 2023 at the end of the Antarctic season. 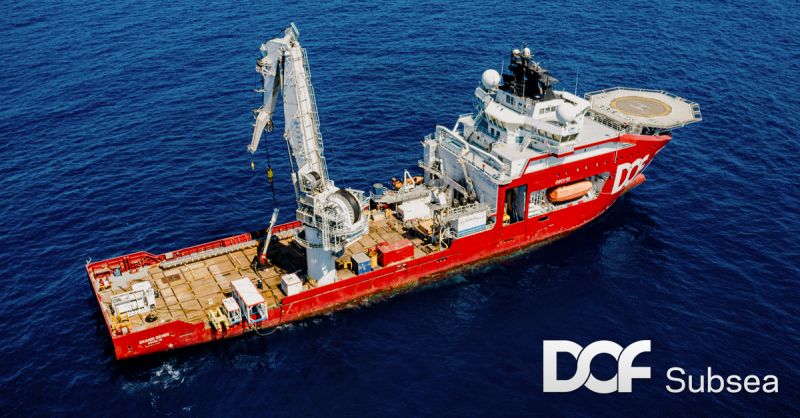