MOL Teams up with JERA to Study Transport of Ammonia Fuel 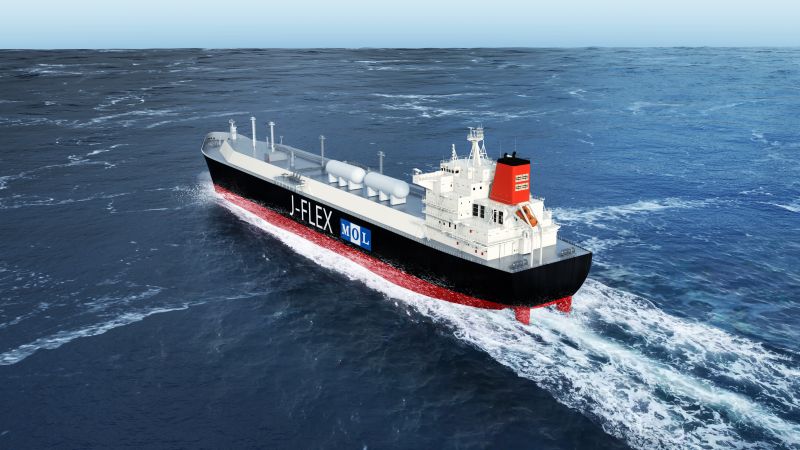 TOKYO - Mitsui O.S.K. Lines, Ltd. has announced that MOL and JERA Co., Ltd., have signed a memorandum of understanding (MoU) to launch a study of transporting ammonia for use as fuel, including shipments to JERA's Hekinan Power Station in Aichi Prefecture, which is slated to start commercial operation in the late 2020s.

Ammonia is currently mainly used as a raw material for fertilizers, and the amount of ammonia transported by sea is limited, but with ammonia emerging as a next-generation clean energy source that does not emit carbon dioxide during combustion, large-scale demand for ammonia is expected in the future, particularly for co-firing and as a hydrogen carrier in coal-fired power plants.

Based on the MoU, MOL will team up with JERA to develop a large ammonia carrier and establish a safe transport system. Specifically, the MoU covers examination of the following topics:

J-FLEX (Note1) is the name of the type of Ammonia-fueled Large Ammonia Carrier which is now under development for the purpose of transporting large amount of liquefied ammonia.
J-FLEX is designed to have flexibility of fitting with Japanese ports where steaming coals are currently discharged by Steaming Coal Carrier.

Looking ahead to the commercial operation of large-scale co-firing of ammonia fuel (with a calorific value ratio of 20%) at JERA's Hekinan Power Station Unit 4 in the late 2020s, the two companies will collaborate to establish a method of transporting ammonia as fuel for power generation, aiming to establish the world's first supply chain for fuel ammonia.
Under the "MOL Group Environmental Vision 2.1," the group is working to reduce and decarbonize ship fuel to achieve net zero greenhouse gas (GHG) emissions by 2050. MOL continually promotes the conversion to ammonia fuel for vessels and will successively introduce approximately 110 net-zero emission ocean-going vessels by 2035 as an initiative to "adopt clean alternative fuels" (Fig. 1) toward realization of the target.

The MOL group will promote the reduction of GHG emissions from its own business operations and from society as a whole through its concerted efforts, contribute to the decarbonization of energy, and strive to establish a supply chain of green fuels, including ammonia fuel. 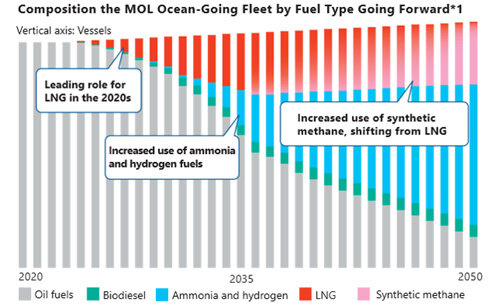 Sustainability Issues>
MOL Group will contribute to realizing a sustainable society by promoting responses to sustainability issues, which are identified as social issues that must be addressed as priorities through its business.
We anticipate this initiative to contribute to the realization of "Environment -Conservation of the marine and global environment-" and "Innovation -Innovation to advance ocean technology-" . 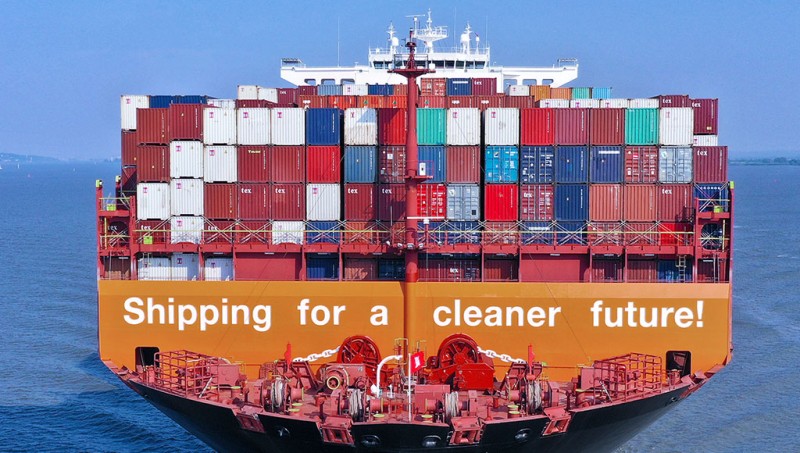