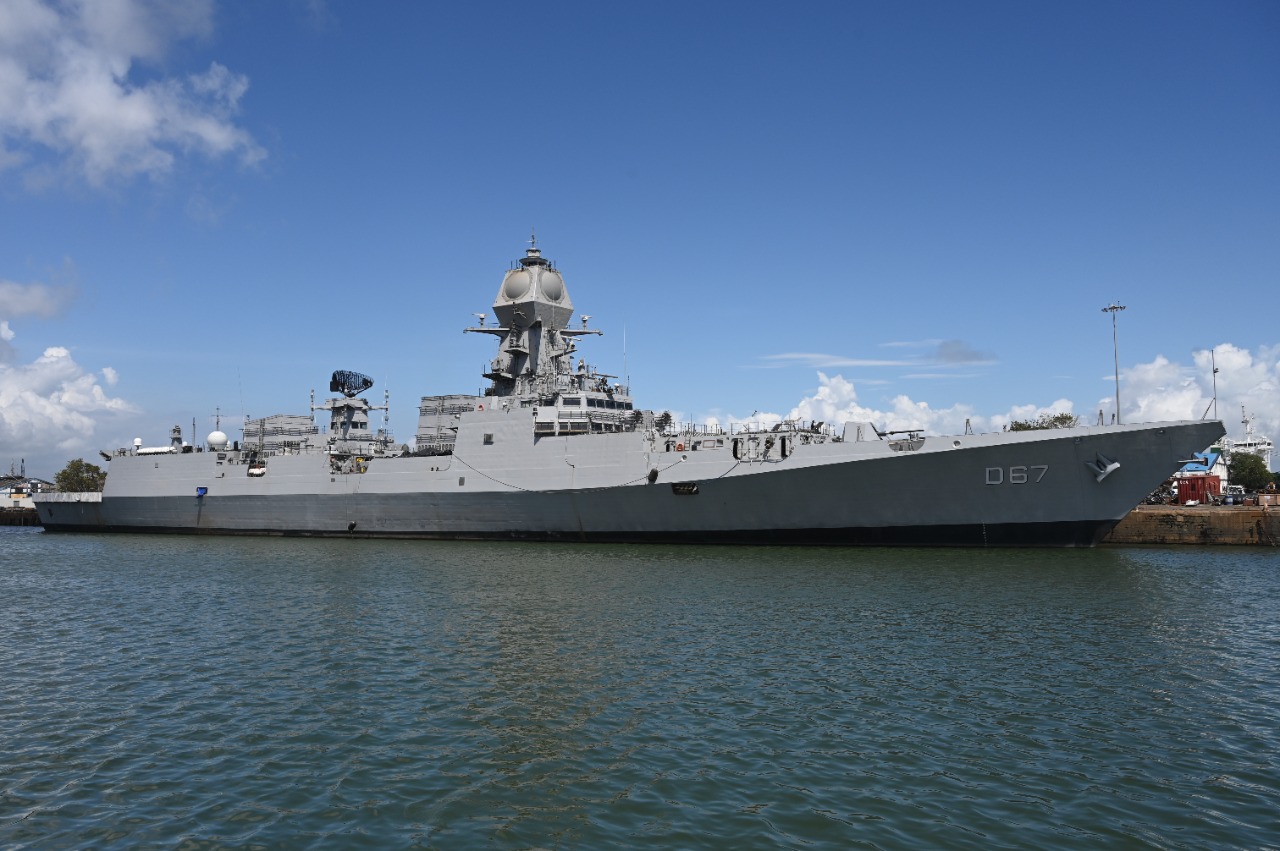 Y 12705 (Mormugao), the second ship of Project 15B stealth guided missile destroyers being built at Mazagon Dock Shipbuilders Limited (MDL), was delivered to the Indian Navy on 24 Nov 22. The contract for four ships of Project 15B was signed on 28 January 2011. This Project is a follow-on of the Kolkata class (Project 15A) destroyers commissioned in the last decade and the lead ship of the Project - INS Visakhapatnam has already been commissioned into the Indian Navy on 21 Nov 2021.

Designed by the Warship Design Bureau, Indian Navy’s in-house organisation; and built by M/s Mazagon Dock Shipbuilders Ltd, Mumbai; the four ships of the Project are christened after major cities from all four corners of the country, viz. Visakhapatnam, Mormugao, Imphal and Surat.

The keel of Mormugao was laid in June 2015 and the ship was launched on 17 Sep 2016. The design has largely maintained the hull form, propulsion machinery, many platform equipment and major weapons & sensors as the Kolkata class to benefit from series production.

The ship is 163 metres long and 17 metres wide, displaces 7400 tonnes when fully loaded and has a maximum speed of 30 knots. Apart from myriad indigenous equipment in the ‘Float’ and ‘Move’ categories, the destroyer is also installed with under-mentioned major indigenous weapons. The overall indigenous content of the project is approx. 75%.

The ship had sailed out for her maiden sea sortie on 19 Dec 21 to coincide with the Goa Liberation Day and the ship has now been delivered. The delivery of Mormugao is an affirmation of the impetus being given by the Government of India and the Indian Navy towards ‘Aatmanirbhar Bharat’ as part of celebration of the ‘Azadi ka Amrit Mahotsav’. The early induction of the destroyer, almost 03 months prior to the contractual date, despite the COVID challenges, is a tribute to the collaborative efforts of large number of stake holders and would enhance the maritime prowess of the country in the Indian Ocean Region. 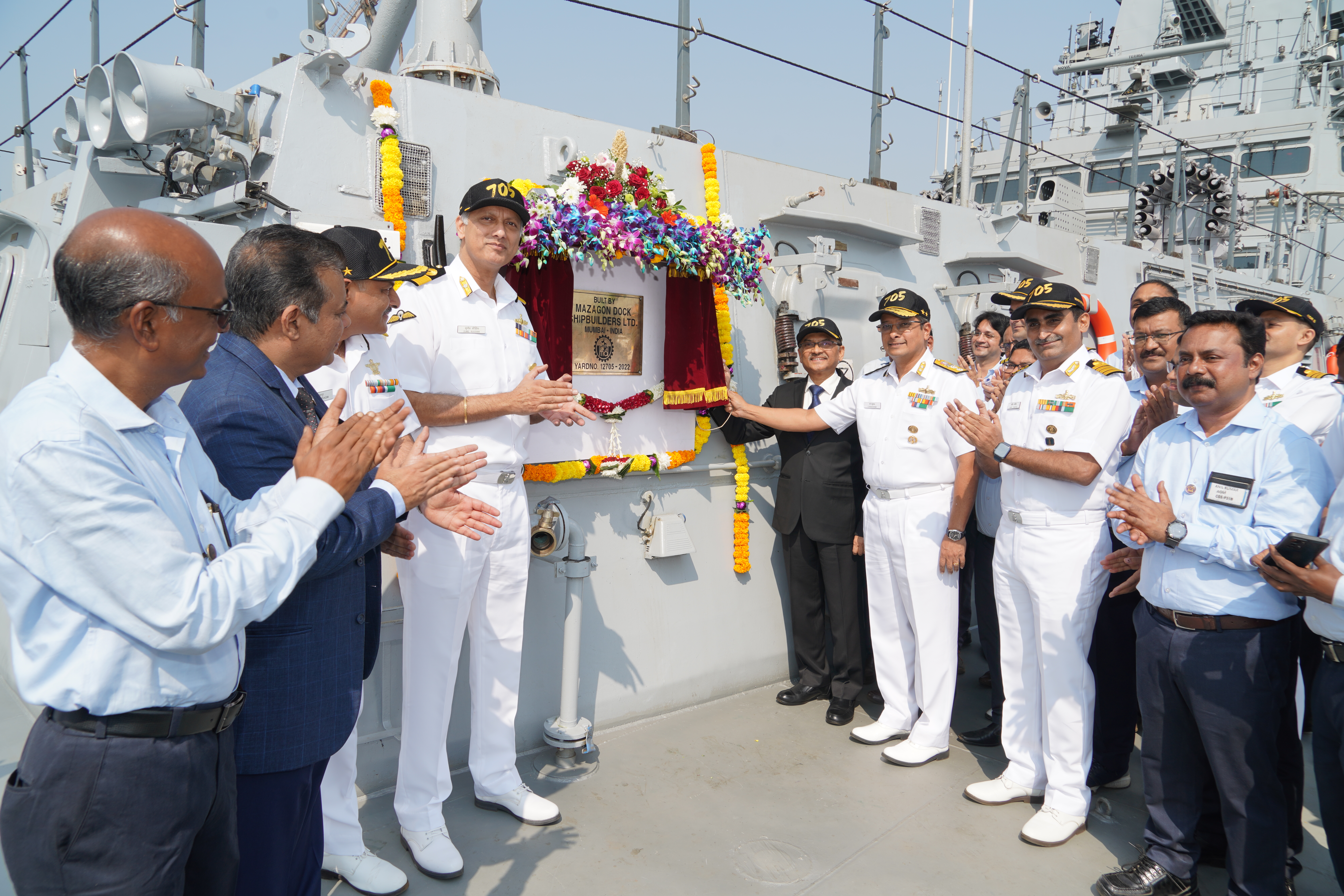