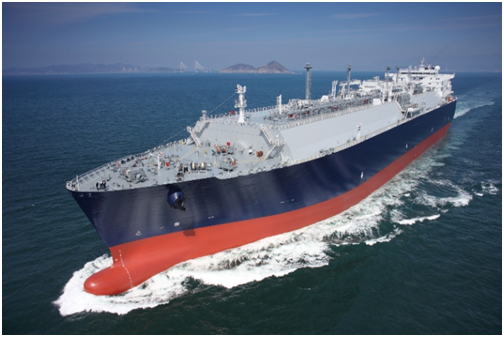 Samsung Heavy Industries announced on Nov. 23 that it has recently won an order for five liquefied natural gas (LNG) carriers from a shipping company in Oceania. The total contract value amounted to 1,456.8 billion won.

The latest contract boosted the shipbuilder's cumulative order intake for this year to US$9.2 billion, beyond its initial target of US$8.8 billion. This is the second year in a row that the company has exceeded its order-taking target. Its order receipt totaled US$12.2 billion last year, surpassing its target of US$9.1 billion.

Samsung Heavy Industries could meet its order-taking target this year thanks mainly to its expertise in LNG carriers. It boasts high-efficiency eco-friendly technologies such as an LNG fuel propulsion system, a re-liquefaction system and an energy reduction device (ESD) and smart ship technology of its own development. The company won orders for 35 LNG carriers this year, which represents more than two-thirds of the 45 ships it has won so far this year.

“The large-scale orders we secured this year will lead to sales growth after 2023, lowering fixed costs and increasing the possibility of an earnings turnaround," said a company official.