Land shortages, rising sea levels, and extreme weather are making it harder for some communities to stay above the waves. Can expanding into our waterways be the answer?

Once considered an architectural novelty, floating houses have started to be viewed as a feasible solution to shelter people and ease the global housing problem. The fact that the Dutch were at the forefront of the floating housing trend comes as little surprise considering their country is largely constructed on reclaimed land, much of it below sea level.

“We’re living in a country that treats itself as normal, but in reality, it’s an artificial country where we have to pump out water on a daily basis to keep our feet dry,” says Koen Olthuis, the founder and principal architect of Waterstudio.NL, which has been developing floating houses since 2003. “It made much more sense to stop fighting water and to start living with water and see how we can upgrade the performance of our city.”

“Telling everybody, ‘Look at my house, I have a floating foundation,’ that’s not the story,” Olthuis continues. “Of course, we make buildings where we see fish in front of your bedroom or where you can rotate your house and that’s all fun, but it won’t bring a solution for millions. If you think about flood zones and slum areas in Asia, for example, we can help to find safe solutions on the water, instead of next to it.” 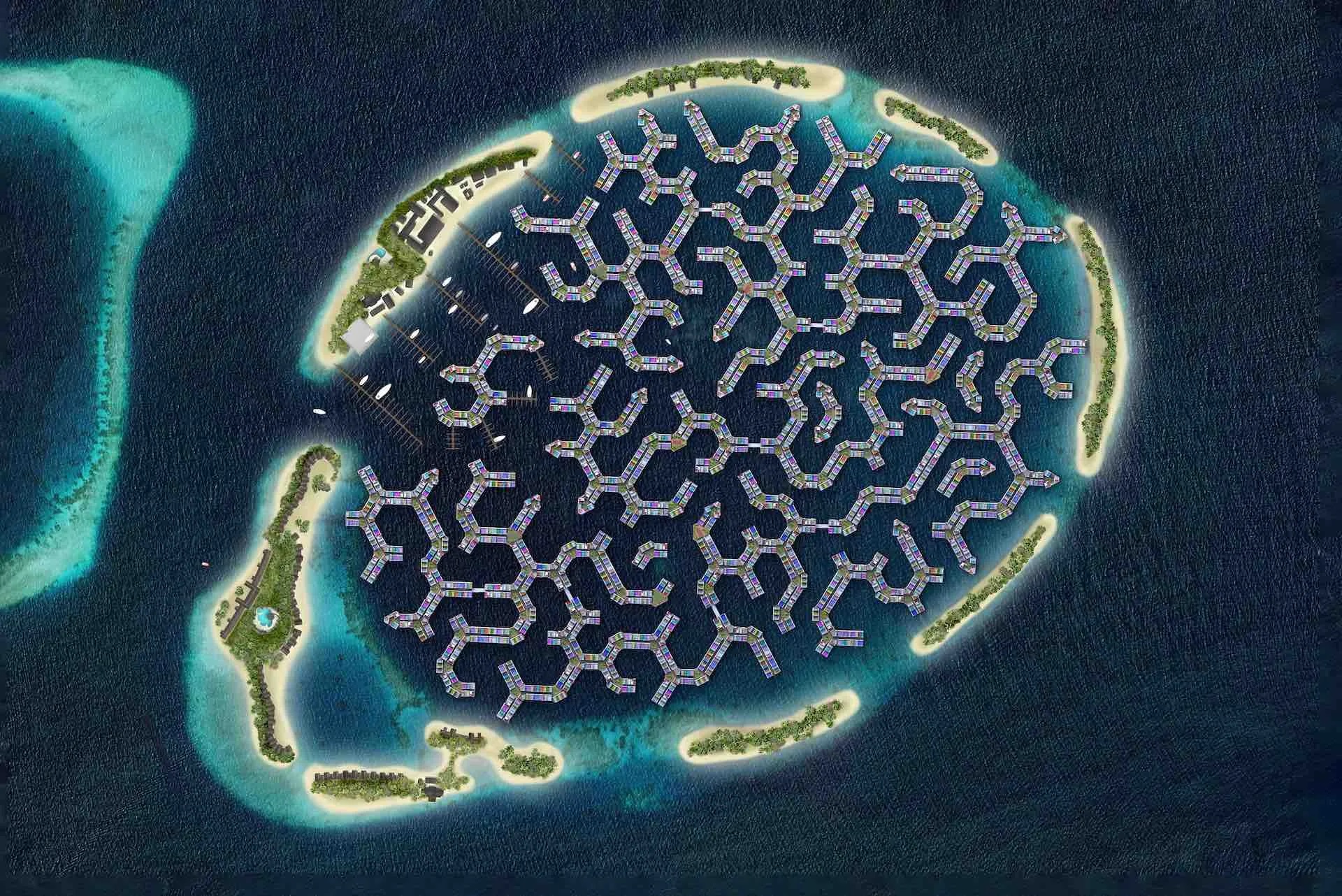 Floating cities are a solution to providing affordable housing in areas where land scarcity prohibits economic growth. Waterstudio is working on a freestanding city in the Maldives, consisting of 5,000 floating units, which are expected to be completed in four and a half years.

“Once you have the first floating city, people can come and see how the metabolism of the city works, how stable it is, how safe it is and how it’s a solution,” Olthuis says. “Within 10 years we will definitely get 20 or 30 of these kinds of cities around the world.”

The issue of fitting more people in a finite space is one faced by many nations, not just those in economic strife. “Tokyo, Shanghai, London, New York – they all have the same problems. If you compare Manhattan to what it was 50 years ago, you see that it has grown,” he notes. In these cases, floating housing can offer a solution that is more eco-friendly than the alternative. “On land, you leave a scar. Once you have filled a lagoon, that underwater life is dead forever and you can’t bring that back. On water, you’re only renting space from nature.”

Floating cities are easier to adjust or move. For example, we can have summer cities or winter cities.

While it is possible to build a floating community virtually anywhere, Olthuis finds that homes that can be connected to existing electricity grids and sewer systems are most feasible. “There are many projects where people ask us to build a self-supporting community, making your own energy and treating the sewage water,” says Olthuis. “These off-the-grid projects are the same as on land, but it’s sometimes one step too fast.”

As ambitious as these projects may be, they are in the works. In fact, a proposal for two artificial island communities in the Baltic Sea is currently being floated. WaÌˆrtsilaÌˆ is one of the companies developing solutions for such infrastructure. This year, WaÌˆrtsilaÌˆ 34SG engines, which run on hydrogen and gas, powered the Keppel Offshore & Marine’s Floating Living Lab, a floating testbed in Singapore.

Last year, WaÌˆrtsilaÌˆ delivered a floating energy storage barge to the Philippines, enabling a fast supply of electricity to areas with limited infrastructure. “Floating infrastructure is an interesting sustainable concept in Asia due to the lack of land,” explains Nicolas Leong, Regional Director, Southeast Asia Sales, WaÌˆrtsilaÌˆ Energy Business. “Many countries are islands or archipelagos of islands where floating structures can be moved to the source of demand.” 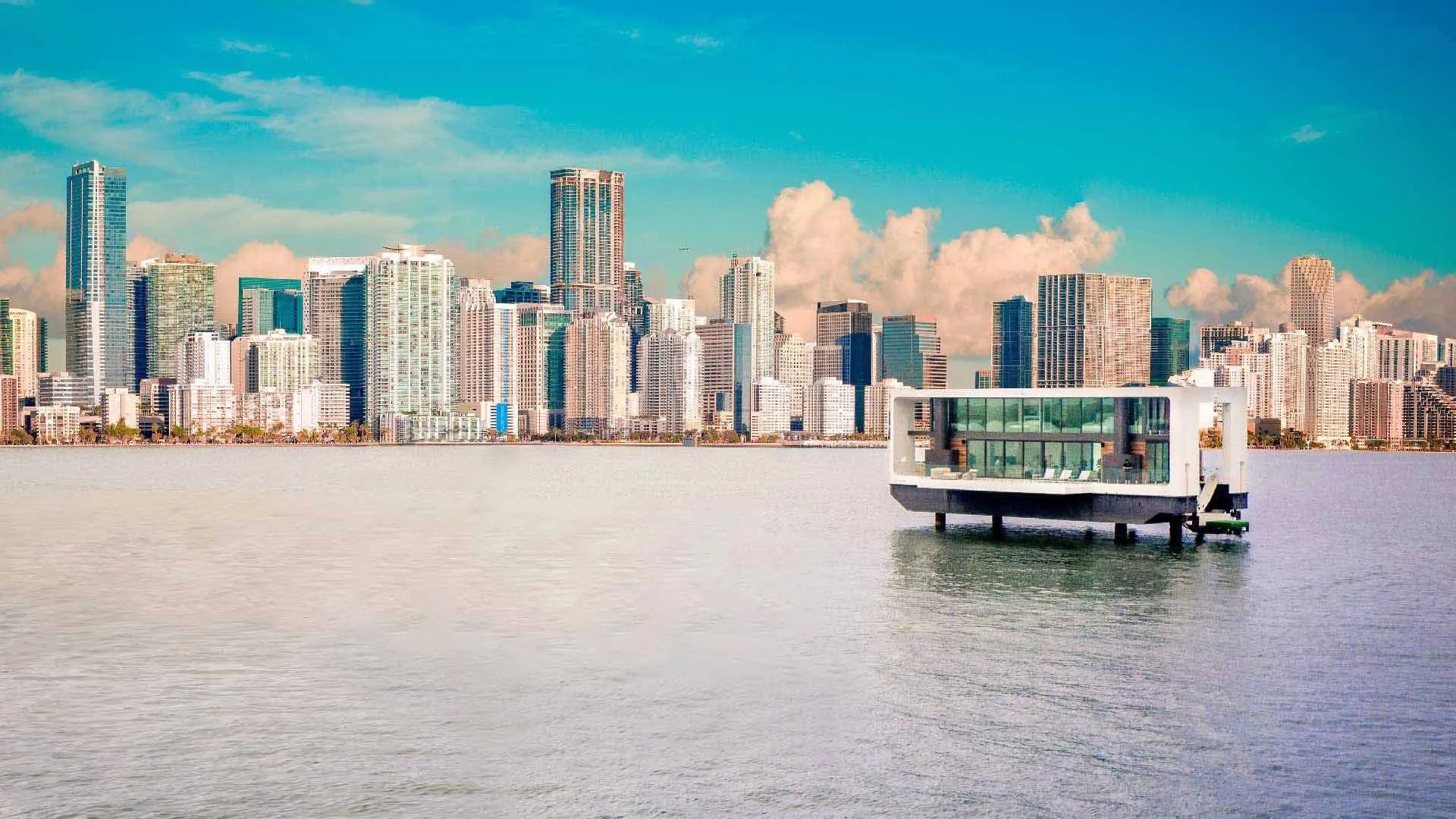 The future is standardisation

To Olthuis, building on top of water is the future, in part because of how a floating community can adapt to changing technical, economic and political circumstances in a way traditional construction cannot.

“Floating cities are easier to adjust or move. For example, we can have summer cities or winter cities. They can be differently configured depending on the season, so the floating foundations could be repositioned to take better advantage of the sun, the wind or the water. That’s what’s interesting.”

Regardless of where they are erected, the economic future for floating cities is in standardisation and mass production to lower the cost of construction. “If you want to bring a floating house into the realm of real estate, you must make sure that it has the same cost, comfort, rules, regulations, insurance and mortgage. A water house is just a normal house with a different kind of foundation,” says Olthuis. “Once people understand the economics of these structures and it has been placed in a legal framework that is standardised around the world, it’ll grow rapidly.”

To normalise the idea of floating homes, Olthuis would like to omit the qualifier altogether. “Floating architecture sounds too much like freak architecture. The only difference between a floating house and a normal house is that you’re on the water,” he says.