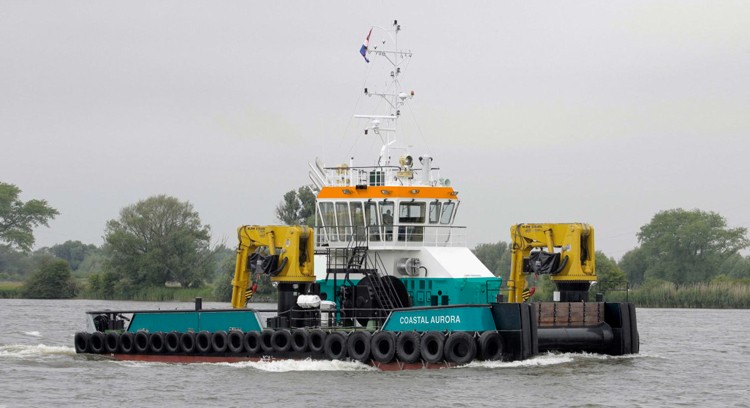 Alka Marine and Acta Marine strengthened their partnership and purchased a Multicat Damen 2712, operated by Alka Marine. The vessel is named Coastal Aurora.

Alka Marine and Acta Marine team up within a joint-venture to buy a new vessel. The company called Alka Marine International, is incorporated under the French law and registered in Saint Nazaire.

Built in 2014, the 27-meter-long vessel is perfectly adapted to offshore wind support operations, including anchoring works, subsea structure maintenance, amongst others. With its 2 x 9.8-ton cranes at 16.5m, and a 150-ton winch, the Coastal Aurora has a bollard pull of 34 tons and has a 150SQM deck space. It just went through a complete maintenance program to operate as soon as January 2023 at the highest security standards and productivity. The Damen Multicat 2712 class is a worldwide reference for its reliability and versatility.

The Coastal Aurora will benefit from Alka Marine’s knowhow and experience. The crew consists of French officers with other international and will work in rotations, resulting in total 10 newly created jobs. Their recruitment is currently being finalized. The Coastal Aurora sails under the Dutch flag for the time being; with the aim to transfer to the French flag in the coming period. We’re hoping for a positive decision from the  Commission Régionale de Sécurité des Affaires Maritimes n February 2023 to see it will join the French fleet.

Thibaut Choquer, Nicolas de Boer (Alka Marine’s management) and Govert Jan van Oord (Acta Marine management), comment: "From our long-term partnership on workboats, we have decided to jointly invest in a reliable and known vessel that enables to carry out complex maritime operations safely. It’s a large, modern and comfortable vessel. With this new vessel, we keep track of our strategy to develop our services marine energies market and meet our customers expectations."

The Coastal Aurora was chosen for maritime operation works in West Africa starting in January 2023.