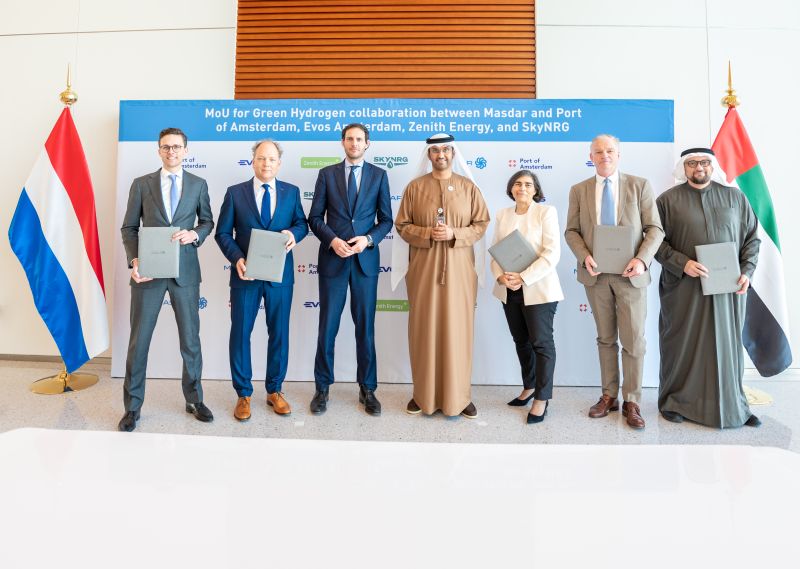 Masdar, one of the world’s leading clean energy companies, Port of Amsterdam, SkyNRG, Evos Amsterdam and Zenith Energy Terminals have signed a memorandum of understanding (MoU) to explore the development of a green hydrogen supply chain between Abu Dhabi and Amsterdam to support Dutch and European markets.

HE Dr Sultan Ahmed Al Jaber, UAE Minister of Industry and Advanced Technology, COP28 President-Designate, and Chairman of Masdar, said, “This agreement builds upon the existing relationship between the UAE and the Netherlands and demonstrates our mutual commitment to exploring low- and zero-carbon energy solutions. The UAE aims to play a central role in the emerging green hydrogen economy and this partnership with the Port of Amsterdam and associated players in the green hydrogen space would help position Abu Dhabi as a key hub for green hydrogen development.”

Wopke Hoekstra, Minister of Foreign Affairs for the Netherlands, said, “The Netherlands is keen on developing green hydrogen corridors with major future exporting countries like the UAE. Our country is well positioned to become a hydrogen hub for the Northwestern European market. I welcome the collaboration between Dutch and UAE businesses in the field of hydrogen and look forward to further intensifying the cooperation between our two countries.”

Under this MoU, the parties will join their efforts to develop a green hydrogen supply chain, focusing on production in Abu Dhabi and export to the Netherlands through the port of Amsterdam. The exported green hydrogen will be delivered to key European sectors – sustainable aviation fuel (SAF), steelmaking, and bunkering for shipping – and will also be supplied to new, emerging European offtakers, via pipeline, truck and barge. Together, the parties will explore several hydrogen transportation methods, with a focus on liquid organic hydrogen carriers and liquid hydrogen.

Mohammed Jameel Al Ramahi, Chief Executive Officer of Masdar, said, “Masdar believes green hydrogen to be a promising energy source for hard-to-abate sectors in support of global decarbonization, which is why we launched our dedicated green hydrogen business last month. We are pleased to partner with Port of Amsterdam, SkyNRG, Evos Amsterdam, and Zenith Energy Terminals to leverage our synergies in the fuel and logistics sectors to see how green hydrogen can help us achieve our shared goals for decarbonization and sustainable economic growth.”

Port of Amsterdam, the operator of Europe’s fourth-largest port, is committed to scaling up green hydrogen capabilities and is working closely with commercial parties active in its port on green hydrogen development. SkyNRG, a global leader in SAF, is developing a network of SAF production facilities that require green hydrogen as input. Zenith Energy Terminals and Evos Amsterdam are the operators of some of the most prominent blending and storage terminals in the port, with Zenith developing a liquid hydrogen supply chain, while Evos Amsterdam is working on a liquid organic hydrogen carrier supply chain.

Koen Overtoom, CEO, Port of Amsterdam, said, “We are very pleased with this new collaboration. SkyNRG, Evos and Zenith Energy Terminals are driving forces behind the hydrogen developments in the port of Amsterdam and they are key in our goal of importing at least one million tonnes of green hydrogen annually. Joining forces with a party as renowned as Masdar, will bring this goal that much closer to realization. Together, we can bring the envisioned Abu Dhabi-Amsterdam connection to fruition.”

Green hydrogen is produced with green electricity from renewables like wind or solar, in a process that separates water into oxygen and hydrogen via electrolysis. The International Renewable Energy Agency has stated that hydrogen will be an essential component of a net-zero energy system and has a key role to play in decarbonizing sectors that are difficult to electrify, such as heavy industry and long-haul transport. The global green hydrogen market is projected to reach US$72 billion by 2030, while PricewaterhouseCoopers (PWC), has estimated that by 2050, hydrogen demand could be between 150 to 500 million metric tonnes per year. 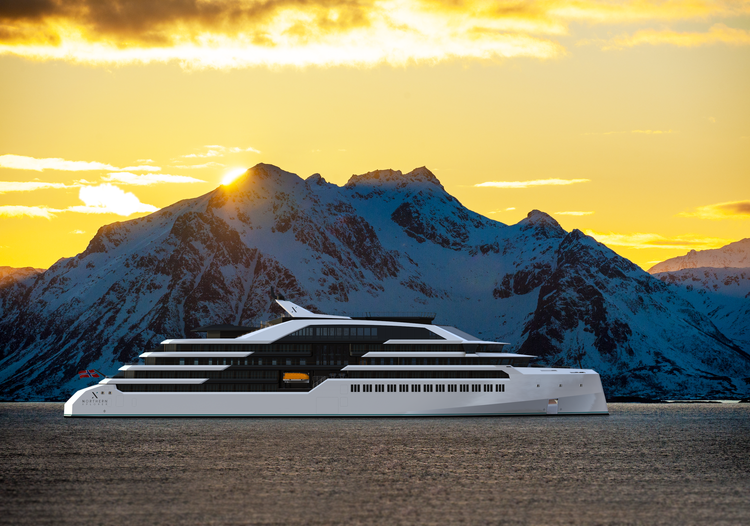