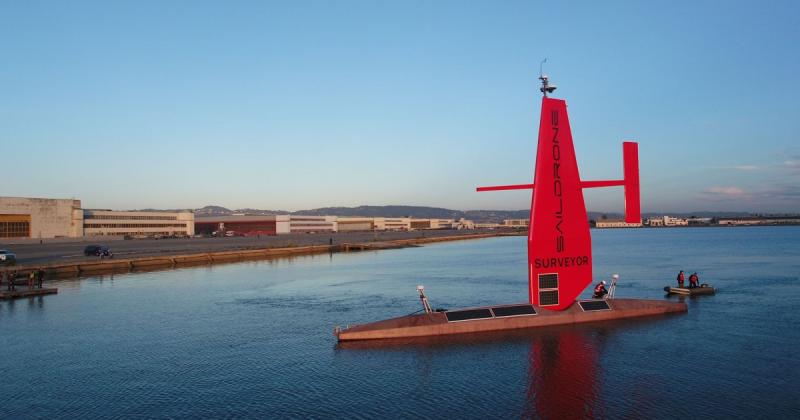 Austal Limited has announced and provided an update about a number of contracts that the Company has secured. While not necessarily material on an individual commercial basis, the contracts further diversify Austal’s near-term revenue base, whilst providing the Company with enhanced exposure to significant long-term growth opportunities.

These future growth opportunities include emerging autonomous vessel market and non-prime module projects, which leverage Austal’s core shipbuilding, support, and advanced technologies expertise. Austal has entered into agreements for a number of strategic developments, with a potential combined value of approximately US$75 million (approximately A$108 million), with some early stage contracts providing a pathway for potential, future awards.

Further details appear below, however these agreements include;

Austal Chief Executive Officer Paddy Gregg said: “The new contracts and partnerships demonstrate our growing capabilities across a broad range of naval shipbuilding and support programs in Australia and the US, as we increasingly diversify our revenue base and expand our future growth pathways.

“This is all underpinned by our modern and agile shipyards that can build in steel and aluminium, small to large vessels, and conventional crewing or autonomous capability. Our shipbuilding capacity is complemented by our expanded advanced technology efforts in autonomy and additive manufacturing.

“Over the longer-term, our expanding and diversified shipbuilding pipeline has the strong potential to cascade through to our support business, taking us another step forward towards our annual revenue target of $500 million from the support segment by FY2027. Buoyed by a robust cash balance, we have the financial muscle to continue to invest in the future and achieve long-term profitable growth.”

In the 2023 US Defense budget approved by US President Joe Biden, US$975 million was allocated and funded for the US Navy for the detail design and construction of three Expeditionary Medical Ships (EMS).

The ~US$900 million EMS construction contract has yet to be awarded. However, Austal has entered into a undefinitized contract action (UCA) with the US Navy to finalize the design requirements for the EMS. The UCA is a binding agreement however its precise scope is deliberately undefined, allowing the parties to develop and explore the design proposal together in a less constrained scope of work.

The design definitisation and detail design work is a small component of the allocated funding for EMS, and there is no guarantee Austal will be awarded the contract for construction of its design, however Austal is the sole Company contracted to define the design for these vessels.
The proposed EMS is a 110-metre-long catamaran and will be a dedicated medical ship optimized to provide a hospital-level care. Following completion of the UCA, design work is planned to be completed in 2023.

Austal has partnered with L3Harris Technologies in the United States to deliver autonomous capabilities in support of the US Navy’s Overlord Unmanned Surface Vehicle (OUSV) program, which includes the 60-metre modified crewboat design Vanguard OUSV and Mariner OUSVs. Austal is constructing the L3Harris-awarded Vanguard (OUSV 3) in its Mobile, Alabama facility. Additionally, Austal USA will upgrade L3’s Mariner (OUSV 4) with its Machinery Control System that will interface with L3Harris’ ASViewTM. Construction and delivery of OUSV 3 is scheduled to complete in December 2023 while the work program on OUSV 4 is set to be finalised in February 2023.

Austal is also one of six of US Defense contractors who have been engaged to undertake the concept design for the US Navy’s Large Unmanned Surface Vessels (LUSV), involving a prototype of an unmanned ship that is capable of semi-autonomous operation. The LUSV design contract is expected to lead to a competitive tendering of a construction contract as the program develops.

Austal’s EPF-13, the largest US Navy ship to have been successfully operated autonomously, provides the concept of a large autonomous platform capable of executing autonomy missions such as logistics, tendering and adjunct magazine mission profiles and will form the basis of Austal’s design proposal.

Additionally, in the US, Austal is commencing production under a partnership with Saildrone, Inc. to be the exclusive manufacturer of the company’s ‘Surveyor’ uncrewed surface vehicle (USV). The 65-foot autonomous USVs are designed for deep ocean mapping and intelligence, surveillance, and reconnaissance (ISR) applications, above and below the surface. The USVs are wind and solar-powered, aligning with Austal’s growing focus on sustainability. 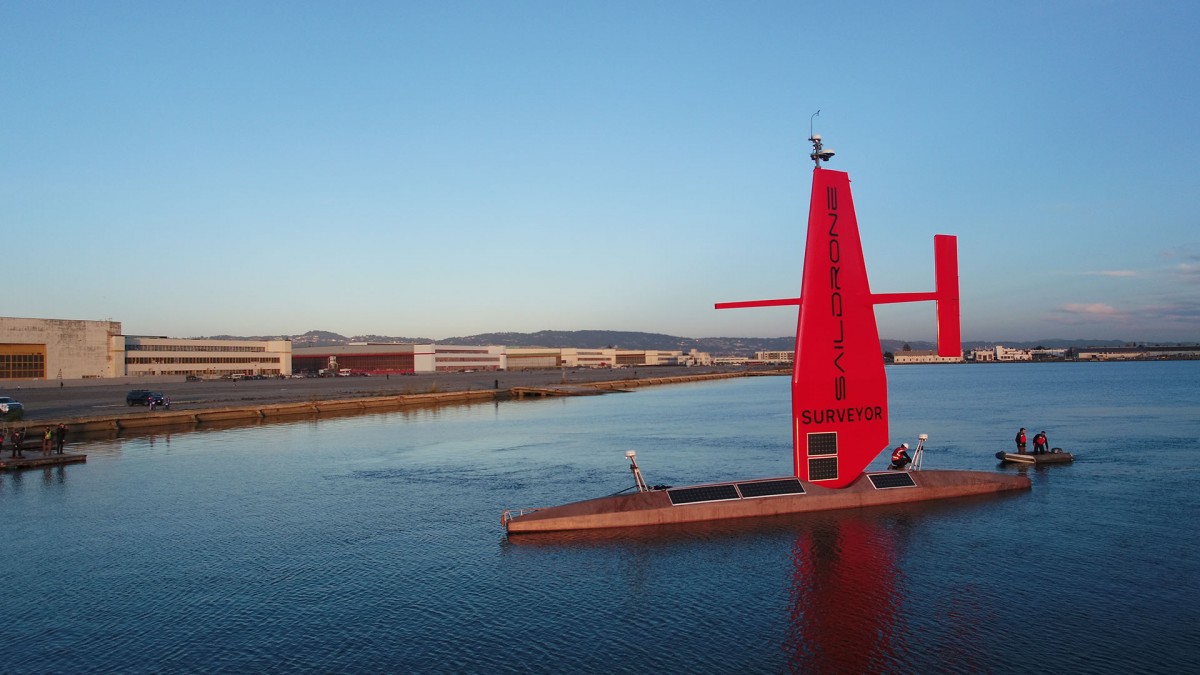 In Australia, Austal is modifying a de-commissioned Armidale-class Patrol Boat (ACPB) to modify, test and evaluate autonomous and remotely operated systems for the Royal Australian Navy. The transformed ACPB will be re-named Patrol Boat Autonomous (PBAT) ‘Sentinel’ and is expected to commence sea trials in October 2023.

The Company has also recently secured and substantially progressed two packages of work as a sub-contractor to prime contractors producing modules for critical US Navy programs.

Austal and General Dynamics Electric Boat (GDEB) have partnered on production work to support the US Navy’s Virginia-class and Columbia-class nuclear-powered submarine fleet. Under this partnership, Austal personnel will be trained up to enable them to construct and outfit electronic deck modules and command and control systems at its Mobile, Alabama facility. Austal and GDEB have commenced a training program whereby Austal employees conduct on-the job training at GDEB facilities so that Austal is able to manufacture the modules at its Alabama facility in due course.

UPDATE AND RESUBMISSION OF TENDER ON T-AGOS PROJECT

The Company is resubmitting its proposal for the design finalisation and manufacture of up to 6 x T-AGOS vessels (ocean surveillance steel catamarans) to the US Navy, in accordance with requests from the US Navy to all tenderers to resubmit their proposals. While the Company took the opportunity to make some modifications as appropriate, this will likely delay announcement of any award of this project to around the end of the 2023 financial year.

This ASX announcement has been approved and authorised for release by Paddy Gregg, Austal Limited’s Chief Executive Officer 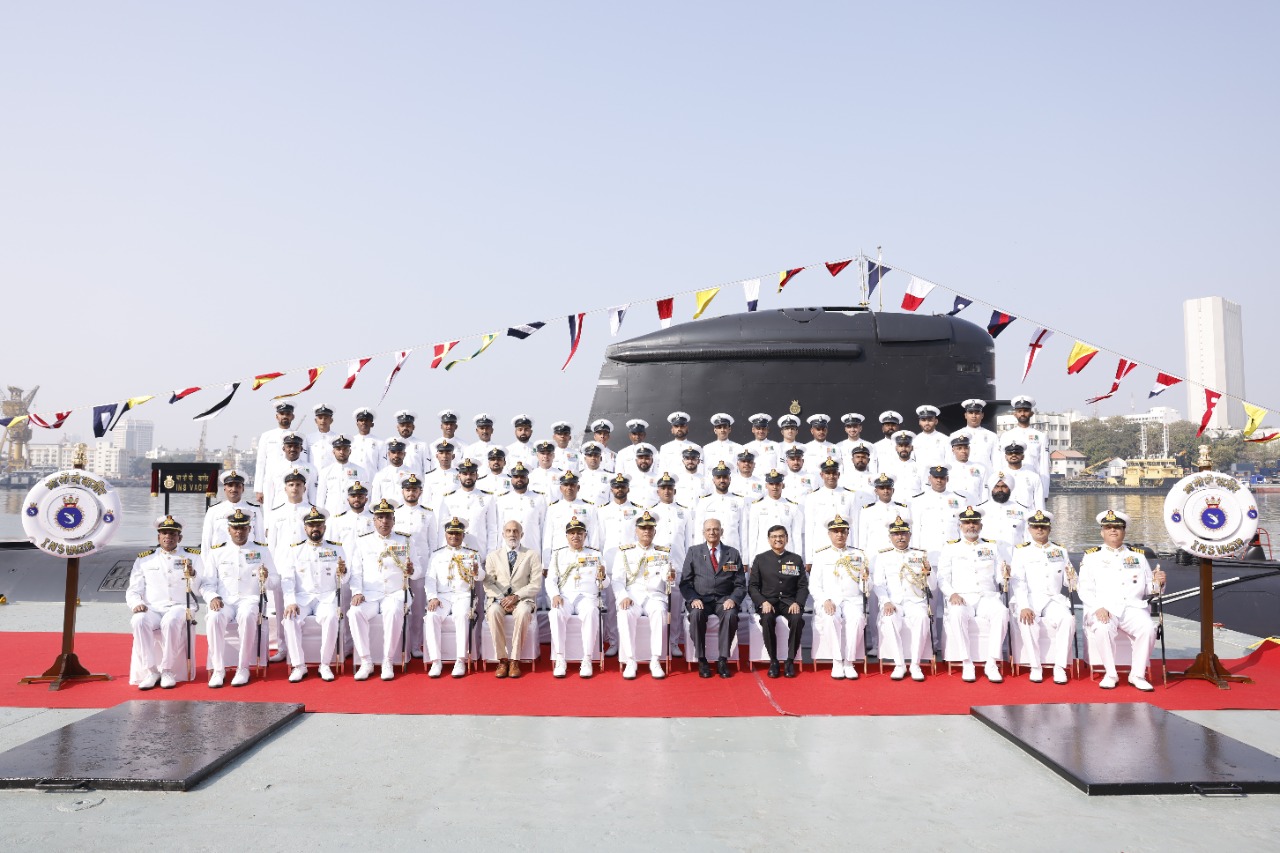