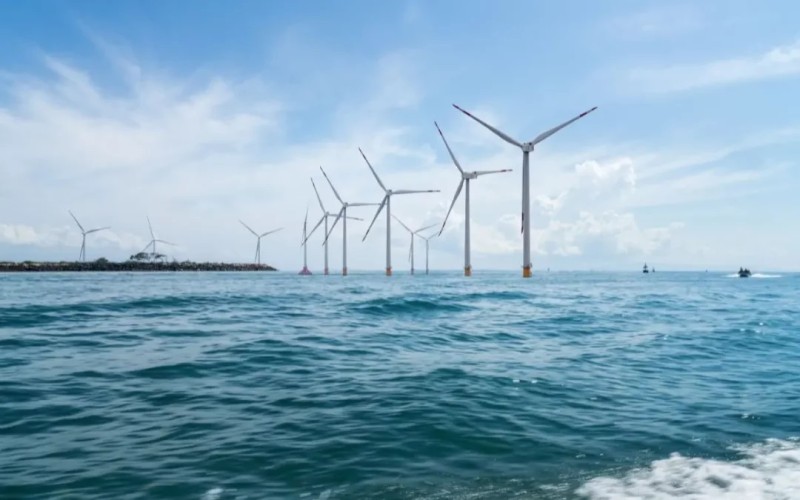 The new year has only just begun and Vos Prodect has a major Dutch project to announce. Vos Prodect is proud to report that it will be the supplier of offshore cable accessories for a wind farm on the IJsselmeer. In the northwest corner of Flevoland, under the name WindplanBlauw, a new wind park is being developed. In addition to offshore wind turbines, which will be installed in the IJsselmeer in the Netherlands, land turbines are also being installed

Vos Prodect has been contracted by the cable supplier TKF, with whom Vos Prodect has successfully realized many projects for years. For WindplanBlauw, Vos Prodect is responsible for supplying all Cable Hang-Off systems for offshore installation. In addition, it will also supply its Onshore Landing Clamps, better known under the name Beach Clamp. This system ensures that the submarine cable is safely secured onshore. The bespoke designs of both Vos Prodect’s Cable Hang-Off System and the Onshore Landing Clamp are designed based on the project requirements of WindplanBlauw and client needs.

The new wind farm will replace 74 old wind turbines, creating space for 61 new and more powerful wind turbines that should eventually generate enough power to provide electricity to over 1 million Dutch citizens.  This is approximately equivalent to the electricity consumption of 450,000 households on an annual basis. The installation of these wind turbines already started last year and it is expected to be operational by early 2023.

Windplanblauw, which is being developed by Vattenfall and SwifterwinT, has a significant role in achieving the goals of the 2013 Energy Agreement, which states that 16% of all energy must be generated sustainably by 2023. With over 350 MW, Windplanblauw contributes about 20% to this.