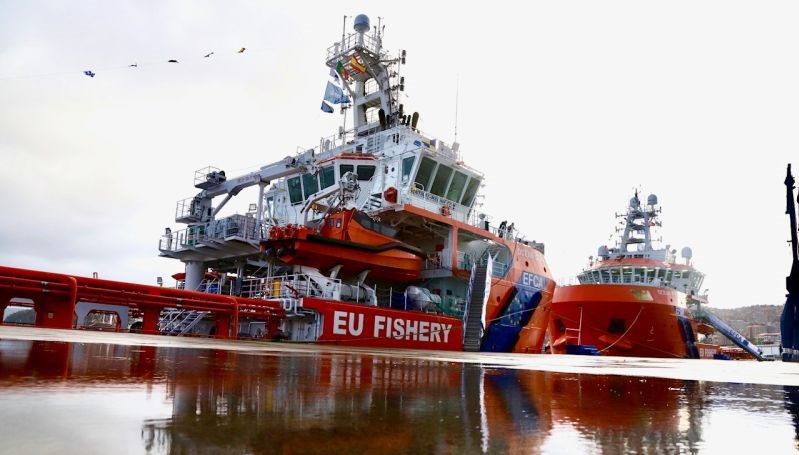 Following the mandate from the EU institutions to strengthen EFCA´s operational capacity for assisting the Member States and the European Commission in the monitoring, control and surveillance of fisheries, as required by the Common Fisheries Policy, EFCA has reinforced its fleet with three new offshore patrol vessels, following the award of a public call for tender. These are the only  patrol vessels whose operations are managed by  an EU Agency. They have been named as Ocean Guardian, Ocean Protector and Ocean Sentinel.

All three vessels fly the Portuguese flag, and will be deployed primarily as fisheries patrol vessels to support MS in the different EFCA joint deployment plans from the Mediterranean and Black Sea to the Western Waters, North Sea, Baltic Sea, NAFO and NEAFC.

The vessels will also be deployed as fisheries patrol vessel in the scope of multipurpose operations in the framework of European cooperation on coast guard functions. The three vessels, during their operations will also be available for supporting other coast guard functions, inter alia, providing support during search and rescue situations, maritime surveillance and pollution response.

In addition to seaborne means, EFCA has also contracted an aircraft to carry out aerial surveillance services for fisheries control, thus providing an additional tool to support MS in the different EFCA joint deployment plans.

"Today is an important milestone in the history of the Agency. The chartering of three inspection platforms marks a turning point and materializes our strong commitment to support Member States authorities and the European Commission promoting compliance with the fisheries rules, as well as contributing for safe, secure and sustainable sea. The vessels´ modern facilities and technologies ensure a safe and comfortable stay onboard. Their deployment could be seen as a specific oceans safeguarding measure which enhances the EU capacity to improve the effectiveness of fisheries control operations in the EU and beyond ” said Susan Steele, EFCA Executive Director.