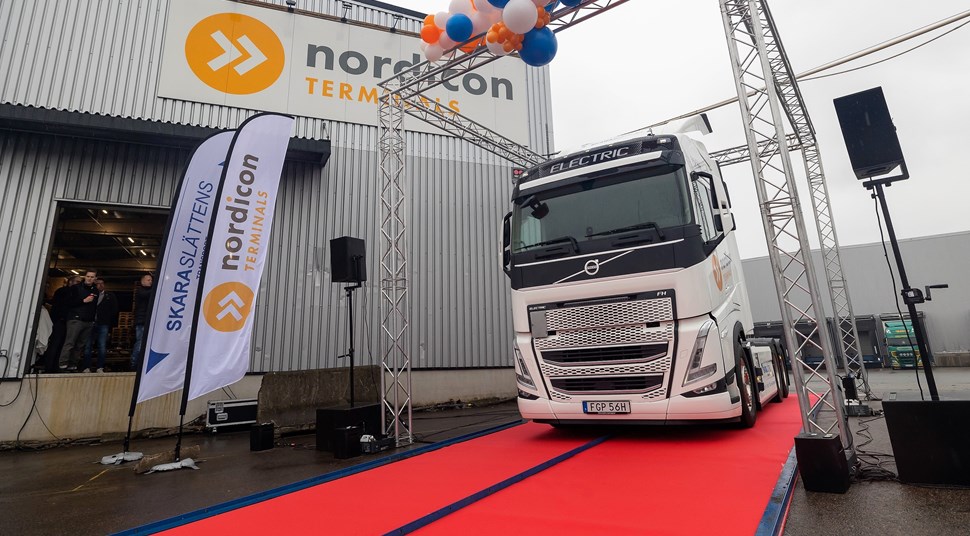 Skaraslättens Transport is Sweden’s biggest provider of container transport on the roads, hauling 850-900 containers daily to all Swedish container ports. The lion share goes to the Port of Gothenburg, and today the haulage company deployed two electric trucks on container flows to the port – with a third truck joining them shortly.

Skaraslättens Transport is Sweden’s biggest provider of container transport on the roads, hauling 850-900 containers daily to all Swedish container ports. The lion share goes to the Port of Gothenburg, and today the haulage company deployed two electric trucks on container flows to the port – with a third truck joining them shortly.

“We don’t want to be standing on the side-line when the transition takes place – we want to be leading the way, and we’re also seeing our customers increasingly requesting sustainable transport operations. With that in mind, this was a pretty easy decision to make,” says Johan Söderström, CCO at Skaraslättens Transport.

Climate-smart – but an economic challenge
Even though electrical power is a superior alternative with regard to the carbon footprint, it is not an investment to be made without meticulous planning. Heavy electric trucks have different properties and are relatively expensive compared with their fossil equivalents.

“Economically, it’s a challenge, and it’s an investment with a longer payback time. So customers that want to use our electric trucks for their transport needs are urged to sign longer agreements with us, which is something we find that they understand. People are prepared to take a broader view and think outside the box,” says Johan Söderström.

The new vehicles do of course also have limitations in terms of their range. It’s a matter of finding the right flows and transport patterns, close to easily accessible charging infrastructure. During the night, the vehicles will be charged at the port’s vehicle terminal, which is operated by Logent Ports & Terminals.

“It provides peace of mind to have public charging in the port, to supplement our depot-based charging. We’ll probably need to have some top-up charging capacity, but it’s difficult to say how much right now. There’s only one way to find out exactly how it’s going to work in practice, and that’s to dive in and give it a go. We’re now really full of anticipation, and it will be great to be able to show Gothenburg our new vehicles,” says Johan Söderström.

Launch pad for broader development
Skaraslättens’ three electric trucks represent an important milestone for the Port of Gothenburg, yet at the same time they are just the beginning of a development that will accelerate during 2023, with more haulage companies and freight forwarders preparing to deploy electric heavy trucks. DFDS is one example, as they will be deploying many of the more than 120 electric heavy trucks they have on order in flows at the Port of Gothenburg later this year. This is a rapid development, which the Gothenburg Port Authority welcomes and wants to continue to support.

“It’s really great to see the transition happening here and now. From the port’s perspective, it’s important that we continue to lower the thresholds for those wanting to make the transition to a climate-smarter transport system,” says Elvir Dzanic, CEO at the Gothenburg Port Authority.

2021 year saw the launch of the Tranzero Initiative project to increase the rate of transition in the transport sector, with a special focus on land-based transport to and from the port. The project is a collaboration between the Gothenburg Port Authority, the Volvo Group, Scania and Stena Line. In 2023, additional charging infrastructure will be available, and two hydrogen stations are to be built for heavy trucks. Electric heavy trucks already have priority in many port terminals, and additional Tranzero Initiatives are being prepared at the port to offer greater incentives and speed up the transition. 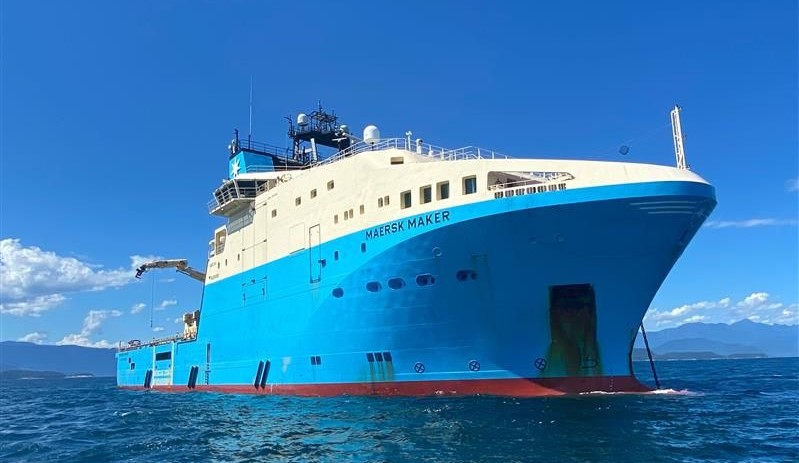